The second stop on our day tour was at the old Qantas Hangar. This historic building houses a motoring museum, along with a few other items of historical significance. 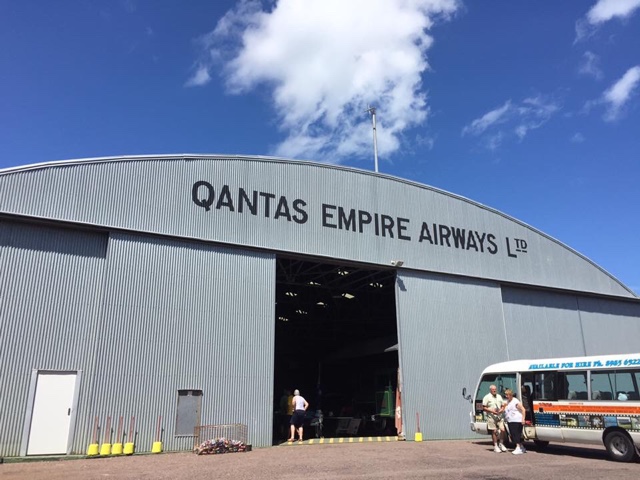 This building dates back to the 1930s and is on the site of the first Darwin airport situated in the suburb of Parap. The road that leads off to this site is part of the old runway. 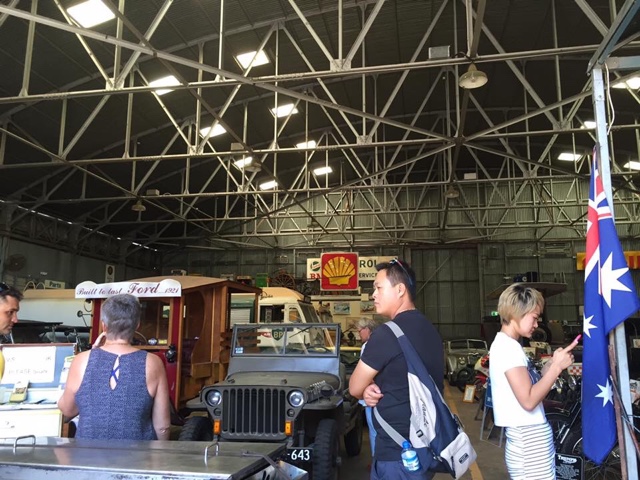 The restored cars were magnificent! 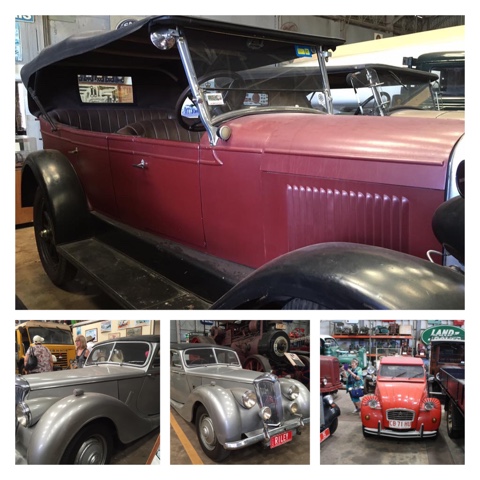 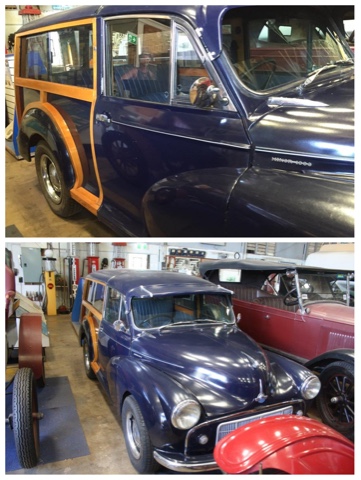 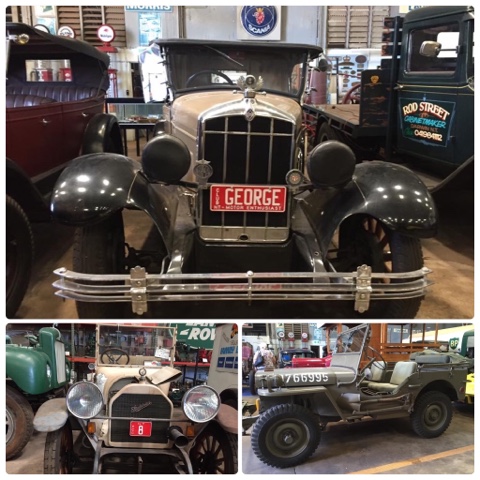 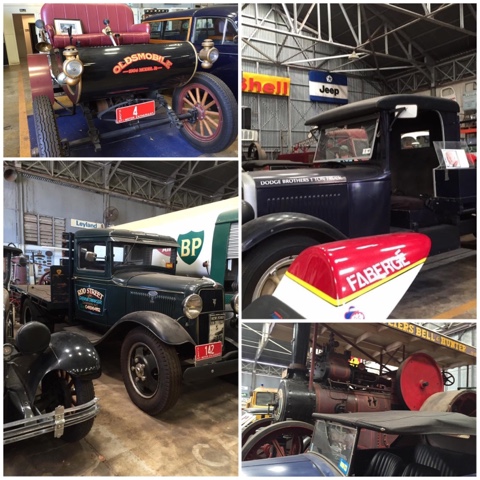 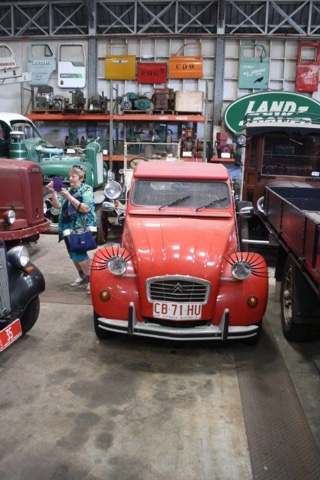 And there was a largish collection of vintage motorbikes. 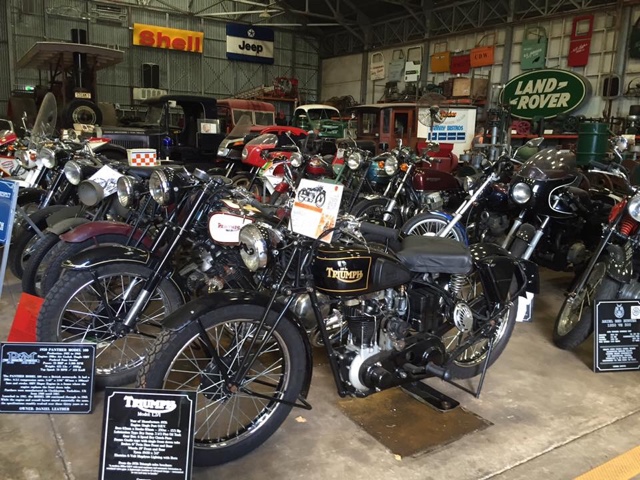 And a more modern racing bike that had belonged to Barry Sheene, the late motorcycle racing champ. 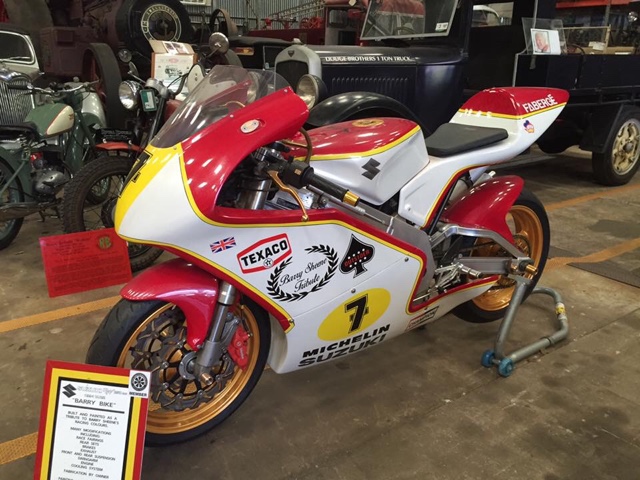 And this little beauty, 'The Sandfly', a steam locomotive built in Pennsylvania in 1886/7 and was imported to Australia and used as a contractor's locomotive during building of the North Australia Railway, south of Darwin. In 1889, it was sold to the South Australian Railways. It was used as a jetty shunter between the port and Palmerston, as Darwin was then known. At that time, all of central Australia was South Australia, with the northern half known as the Northern Territories of South Australia.  The 'Sandfly' operated in the Darwin region until the 1950s. After restoration it had a few 'homes', eventually being sent back to Darwin by the Commonwealth railways which now ran the services. This little loco made the journey from South Australia to Darwin on the Ghan in 2004! 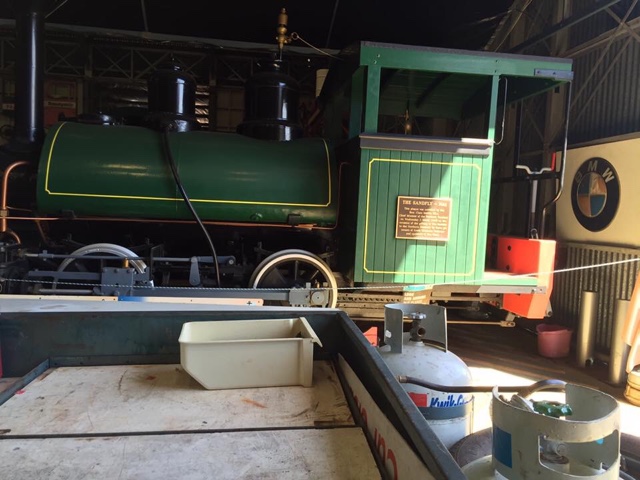 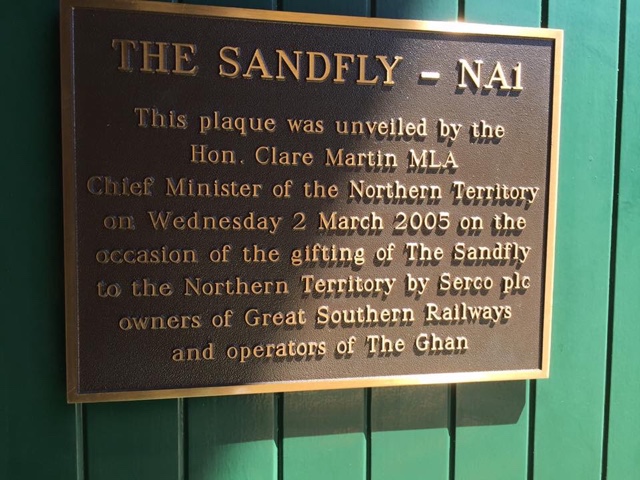 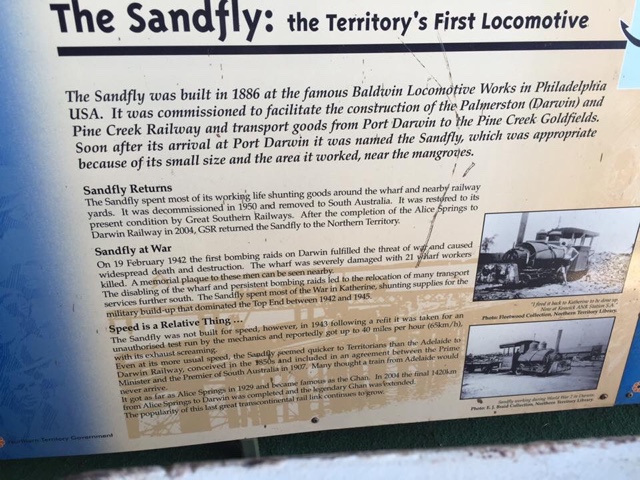 Now...some bottles! Here in Australia, we have smallish bottles of beer (375 ml or approx. 12-13 fluid ounces) which are called 'stubbies'. But years ago, DH had told me about the famous or infamous maybe, Darwin stubby...and I saw one of these 'monsters' at this museum. Plenty of ale to share in one of those I reckon! lol 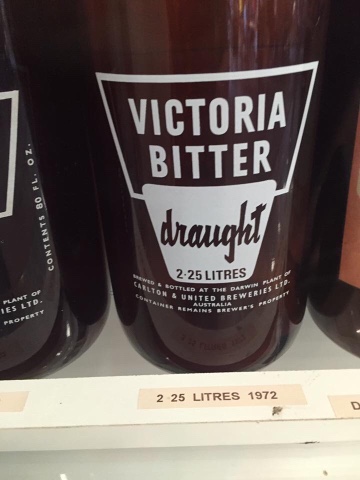 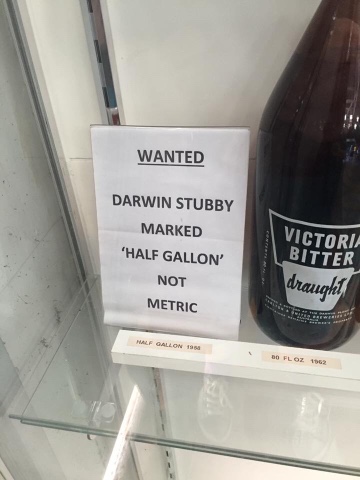 I found this You Tube video here, which shows sections of this museum, including some cars that were different to the ones we saw. It also shows that lovely old locomotive too!
Posted by Maria at 3:58 AM

Very interesting. That is one large beer.

What beauties! I'd never have dragged my partner out of there! (Well, maybe if I promised him a 2.24 liter bottle of nice beer.😁)

Thanks Maria, really interesting to see through Darwin's museums.