Joining in with Janine and Wool on Sunday. Janine’s post features a recent finish; a beautiful cabled jumper!
Rainbow Hare Blog post
On our recent holiday, I was very restrained in my yarn purchases. I’d done a bit of a ‘stocktake’ of my yarn stash in the weeks before we went away and I’d decided that I needed to use a lot more of the yarns that I already had.
So I admired the beautiful and expensive yarns in Ireland but bought none. I hadn’t even googled wool shops in London, but just near our hotel in Copenhagen there was a yarn shop. I walked past it a few times but didn’t venture inside. 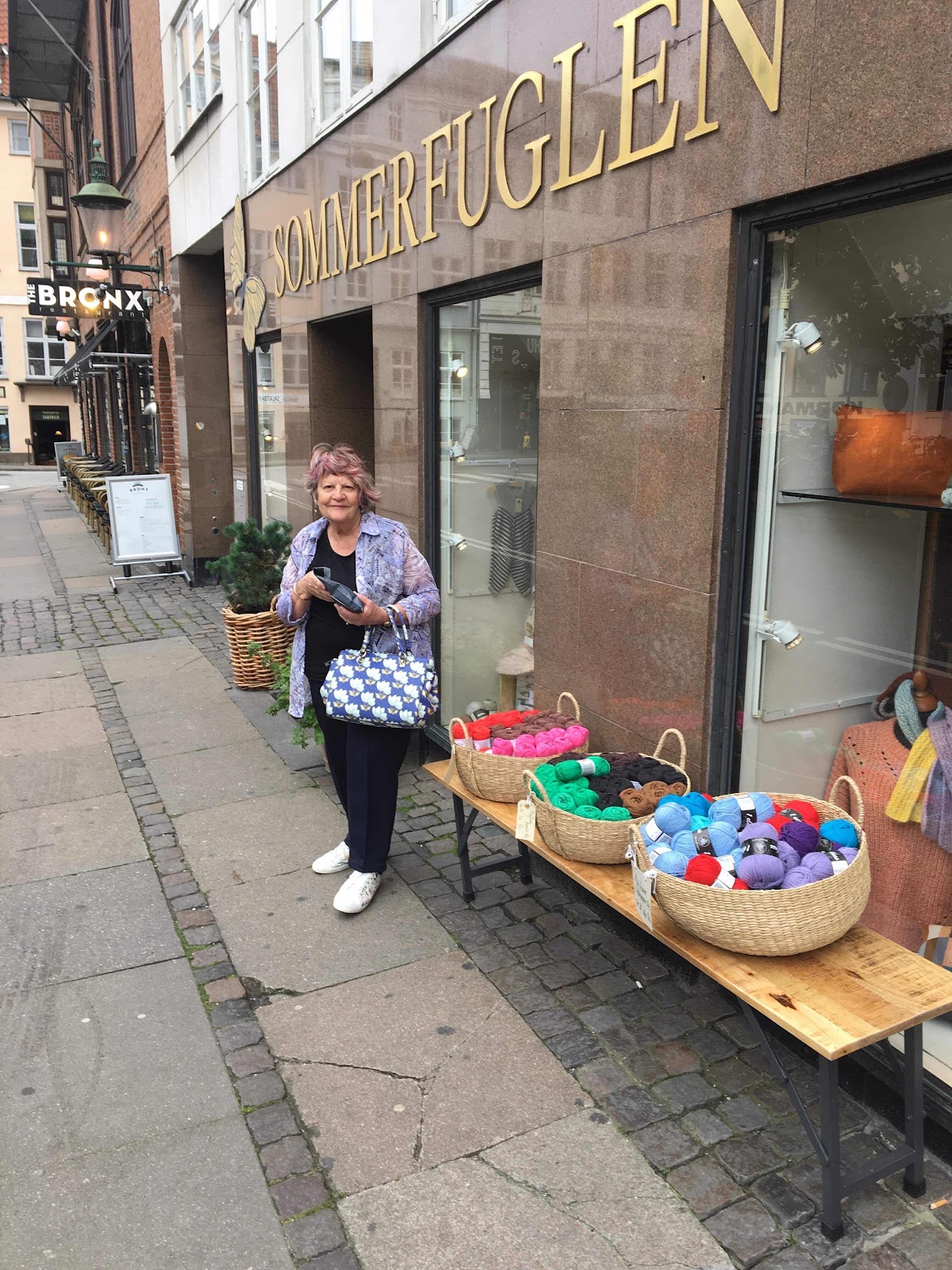 Then the day before we left the city, I did go into the shop.
The photo shows a tiny part of the shop. 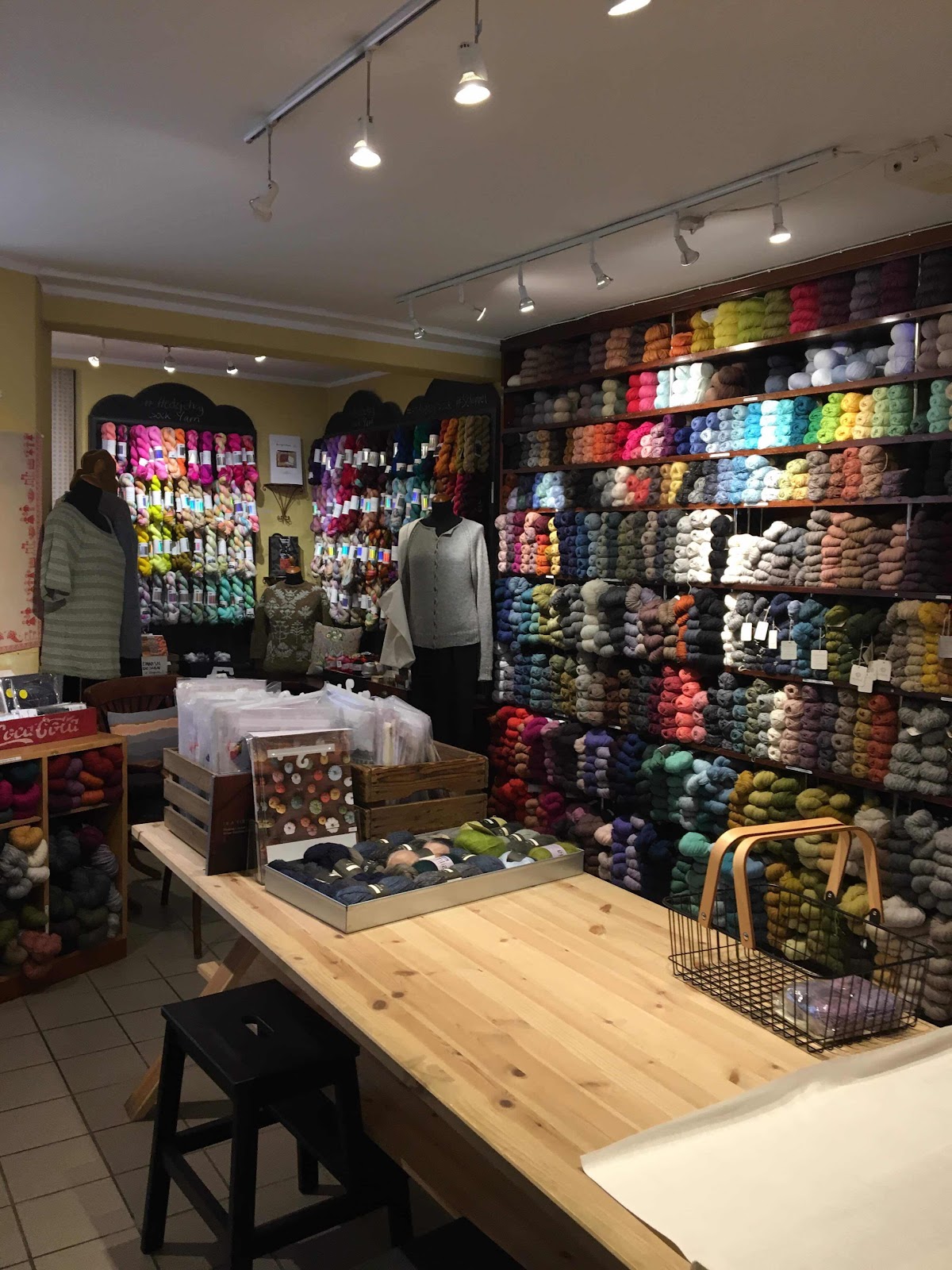 Ironically a lot of the yarns were from Ireland 😄.
Eventually I chose this mohair...Canard does appear to be a Danish company so a good souvenir. 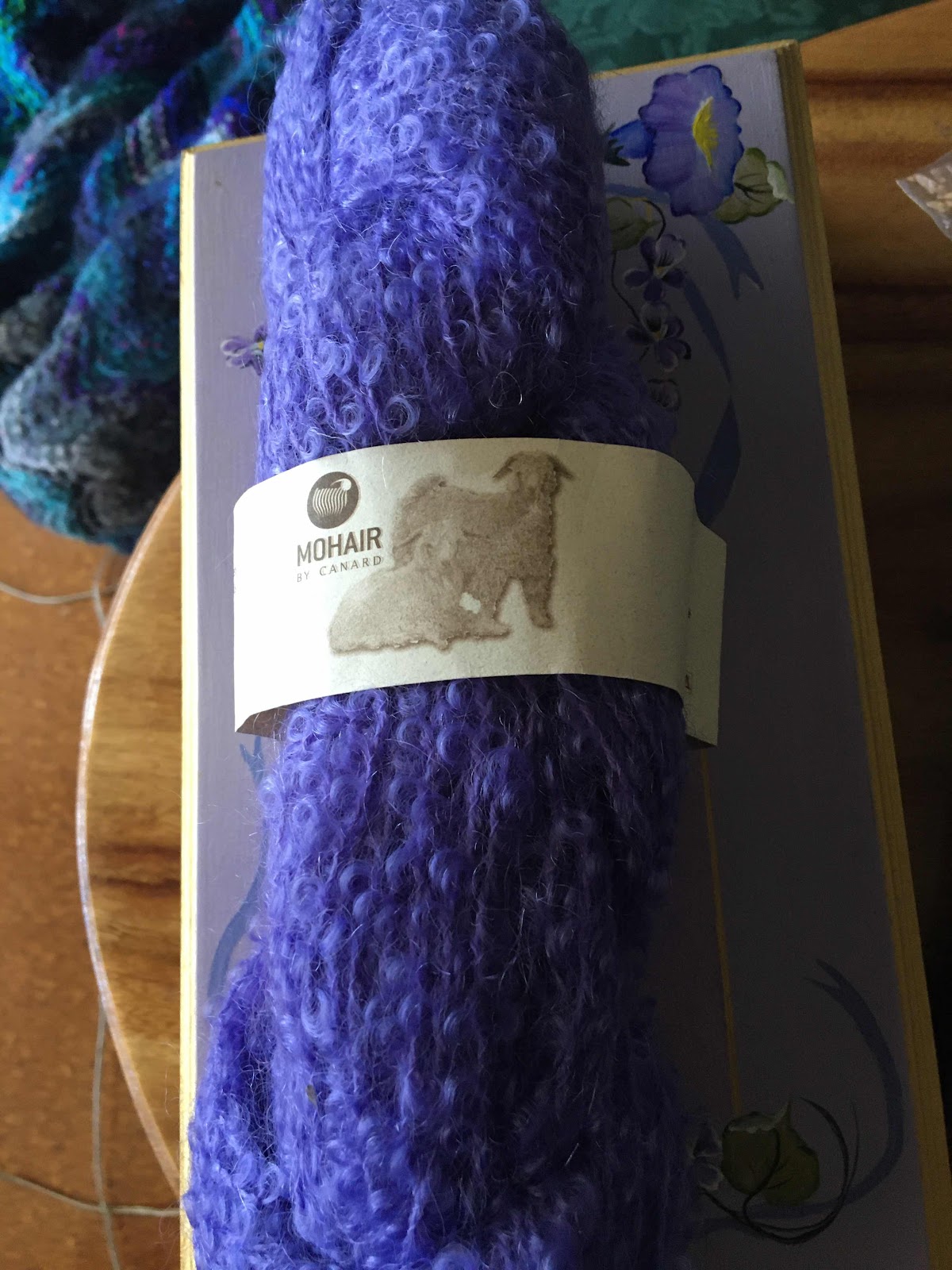 It cost as much as my meal did the night before in a local cafe...😆 This yarn will look lovely in one of my chevron throws.
One of my friends in K4BN makes these gorgeous little knitted toys called Pookies. A number of years ago I wrote a post about these little ‘pocket pals’
here. This post also has a link to the pattern. My friend has made a Pookie for Carrie... 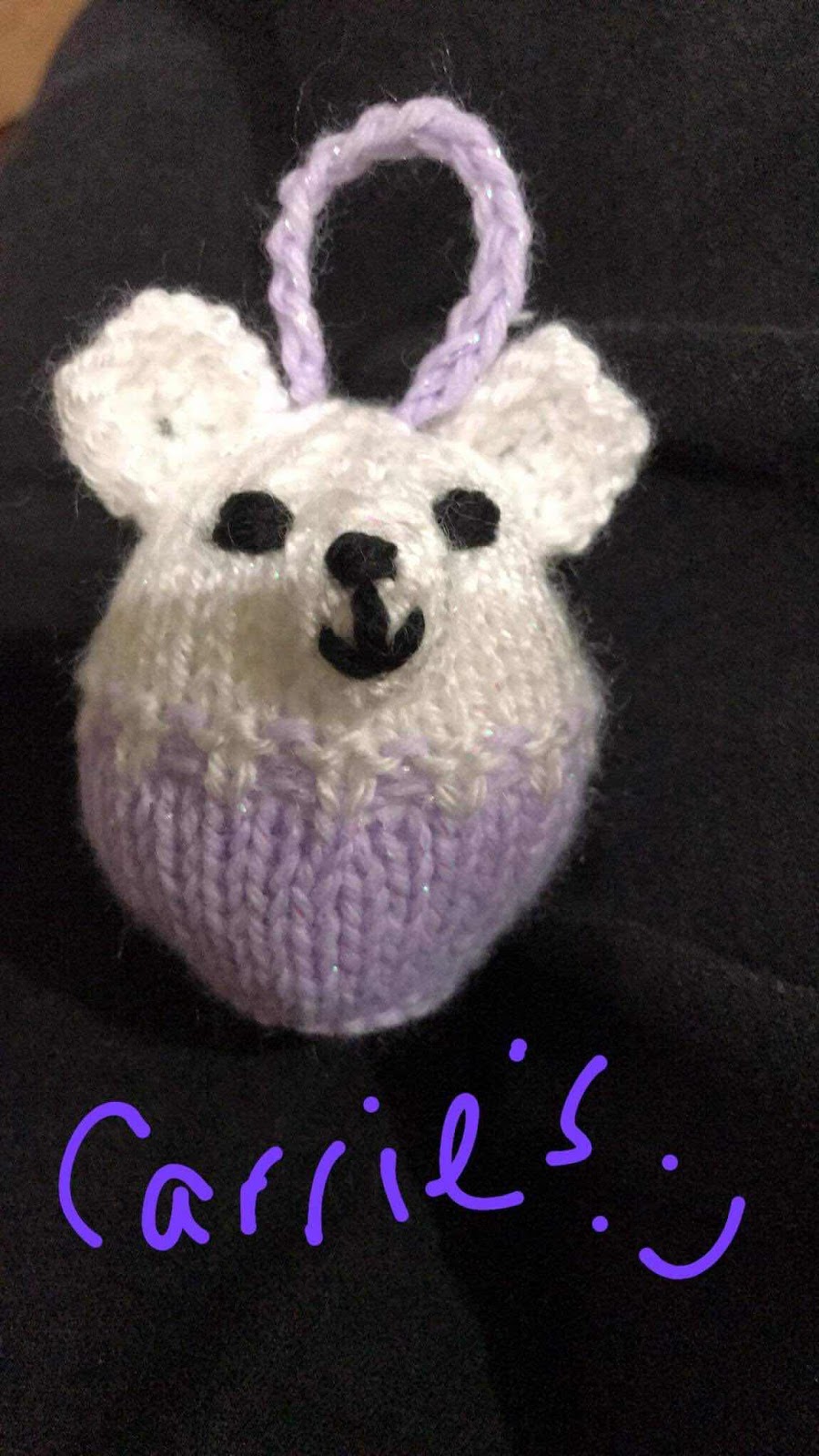 And then the lovely D offered to make Pookies for our other 4 granddaughters and even a Nonna Pookie for me 💕. 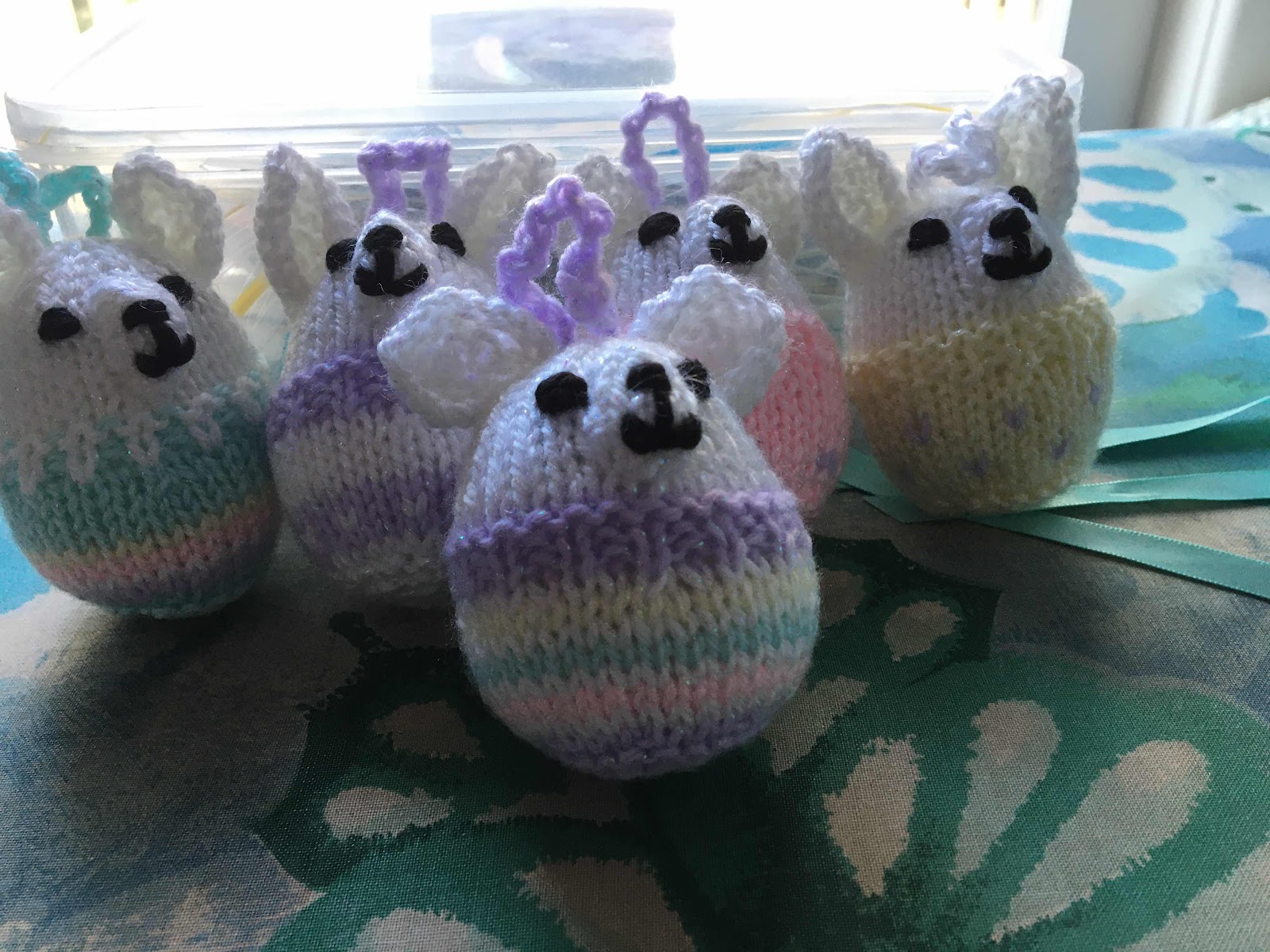 D explained that all 6 Pookies have some mauve coloured yarn in them, so they are all linked together just like our family. Such a generous and caring friend.
Posted by Maria at 3:45 PM 11 comments:

The kindness of others...

Firstly thank you for those caring messages on my last blog post which described how our 21 month old granddaughter went from healthy to fighting for her life in a short time frame. It is now one day short of a month that she was admitted to hospital and although still in Intensive Care, she has made so much progress. It is also one day short of 2 weeks since little Carrie had her left leg amputated above the knee. This was done as a last resort in the hope that, with the leg gone, the rest of her body would start to recover; there was just too much dead tissue in the leg.
It was very confronting of course but I needed to be strong for my daughter and son in law. The kidneys are still not functioning and will have a permanent dialysis line put in in a procedure this week. This will mean that the little one can then go to a ward. The doctors are confident that kidney function will return to normal in a 6-8 week time frame. Physiotherapy, Occupational Therapy, Speech Therapy and Music Therapy take up a big part of Miss C’s day and best of all is that she is eating and drinking. She wasn’t impressed when a therapist limited her food intake to 10 teaspoons at a time and demanded that her mother keep spooning out the yoghurt...to no ill effect thank goodness 😀. 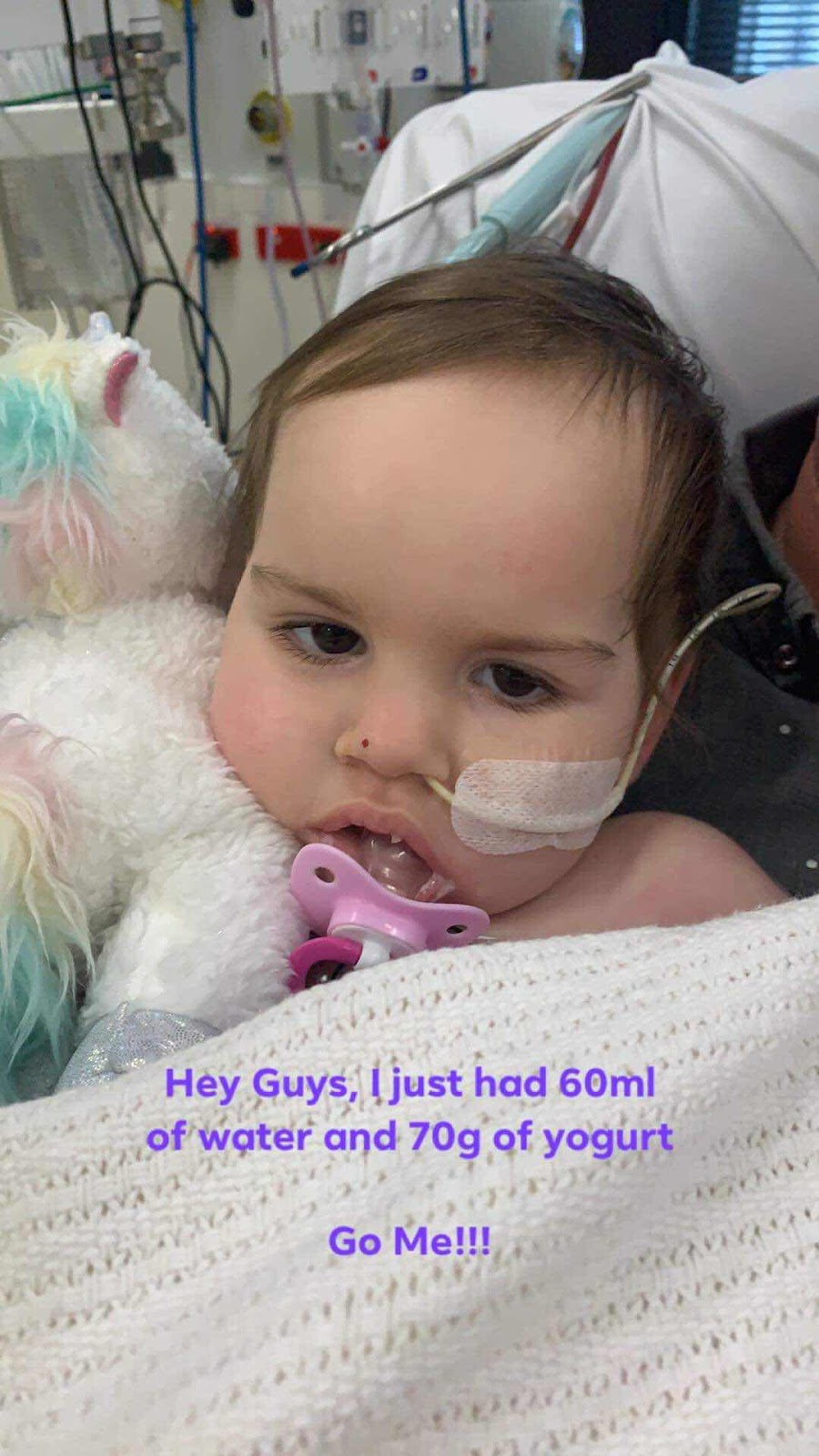 Because the life support machine ECMO has been known to cause brain damage, Carrie had an MRI on Friday and results were normal. Great jubilations!
I mentioned the kindness of others...spiritually, so many people, many are strangers, have been praying for Carrie and her family, her parents’ workplaces have been very accomodating work wise, the daycare centre delivered 3 big bags of food, toys and books and are not charging fees. ( in Australia parents are mostly charged whether the children attend or not 🤨)
To help with the day to day costs plus extras involved such as travelling to an from their home just to the north of Brisbane, mortgage etc, one of DD1’s friends started a Go Fund Me page.
A quilt and a book were given to Carrie as a gift from Soroptimist International...beautiful. 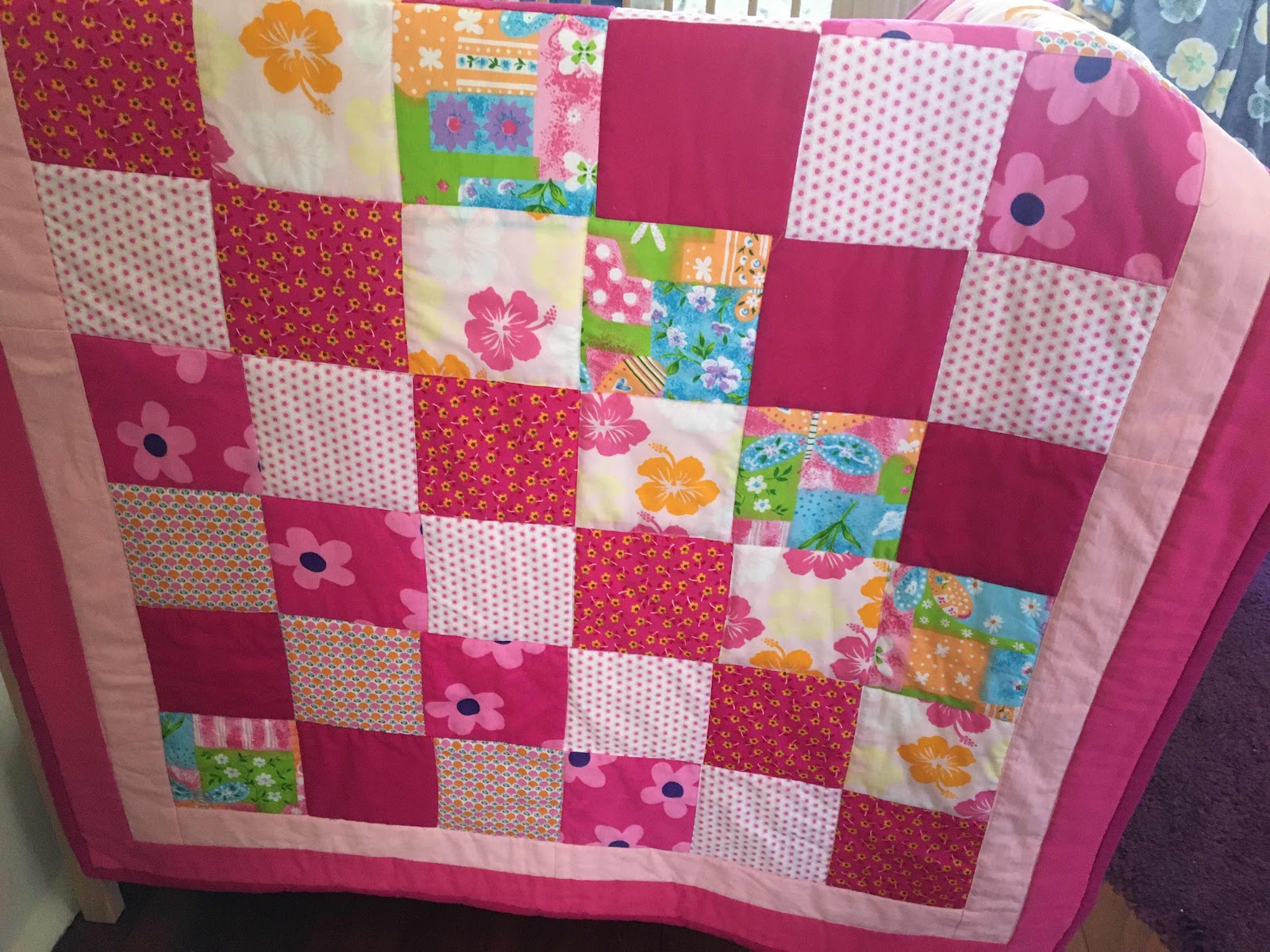 An Australian company which sells a range of sleep toys heard of Carrie’s plight and wrote a lovely message to DD1.

Needless to say DD1 was very appreciative of the offer of an amputee sleep toy...
Carrie’s beloved ‘Raffy’ the Fox has been with her during this ordeal...there he is on her left side. 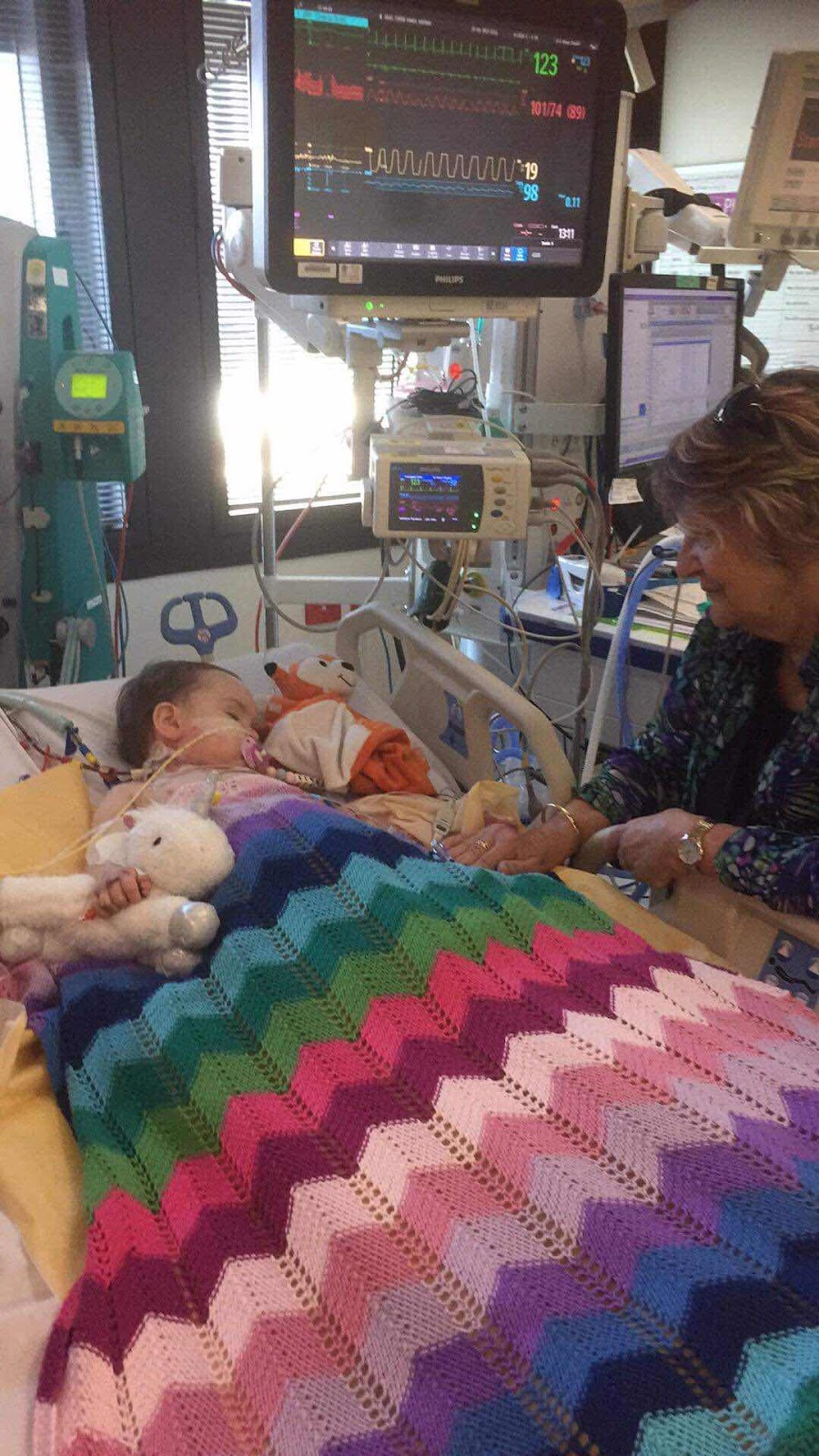 And now she also has Raffy the Fawn whose left arm is missing... 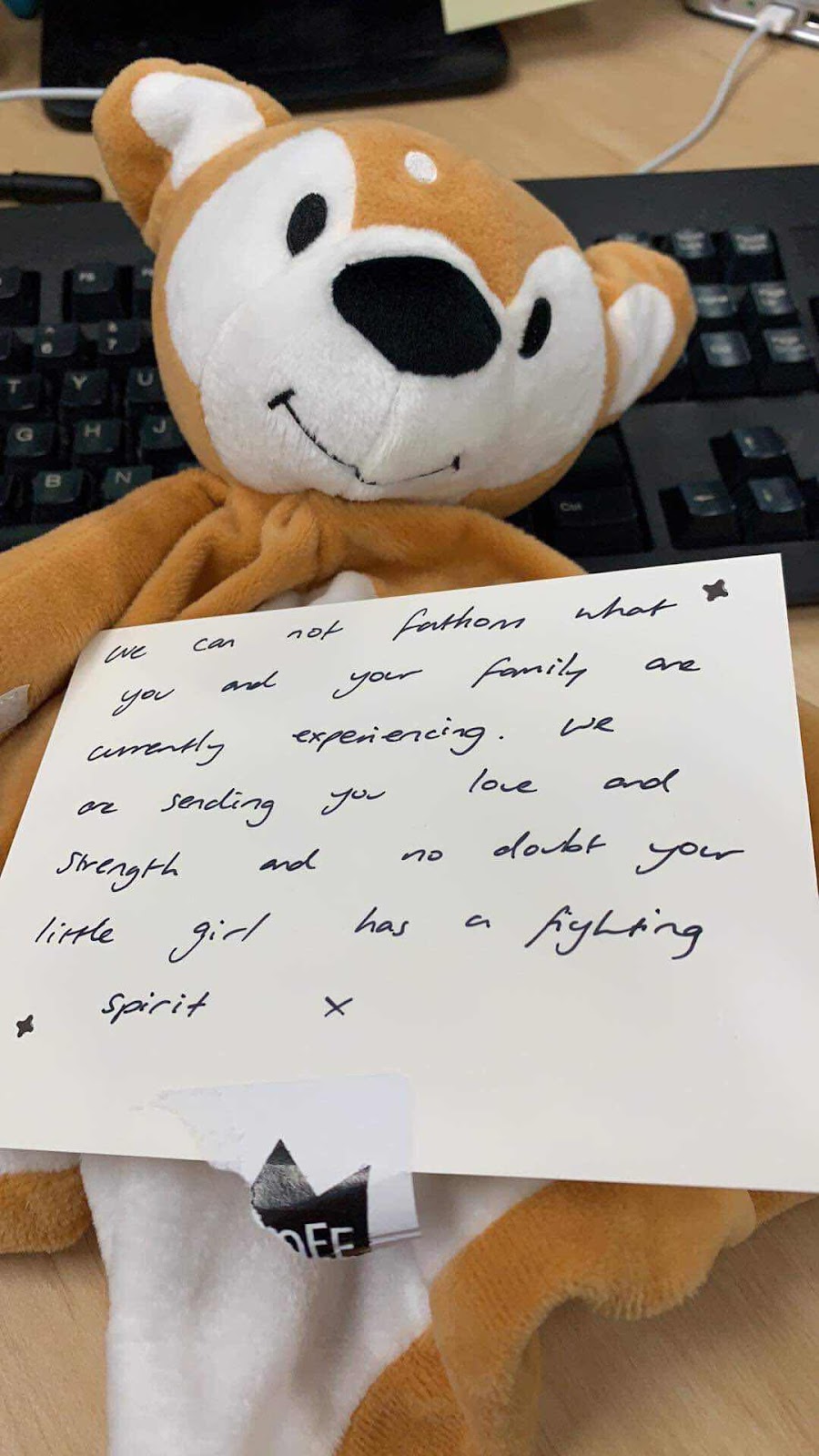 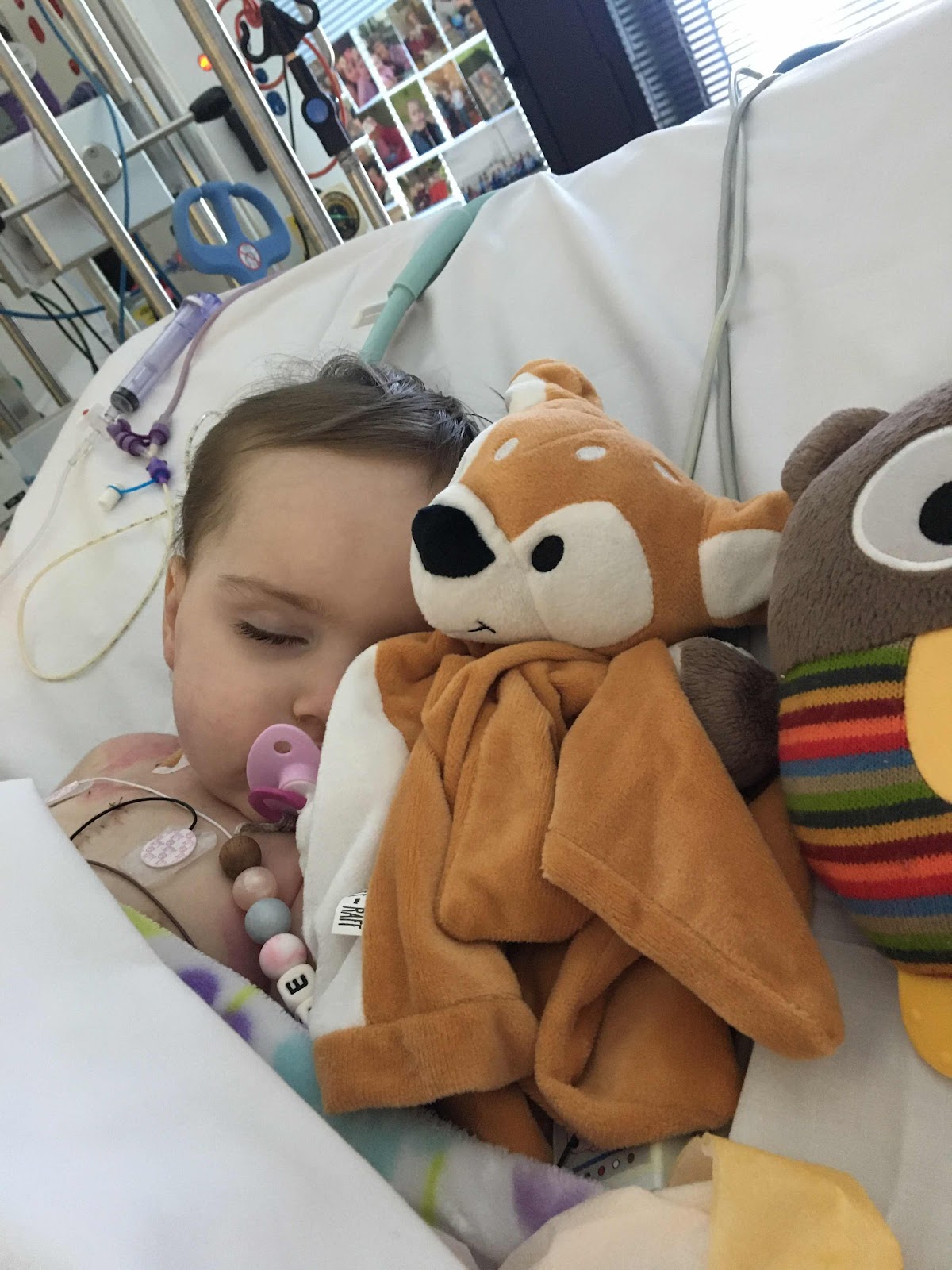 And there is a Canberra based group who make superhero capes for children in hospital Capes 4 Kids. I contacted them about their pattern thinking I would make one for Carrie and in the future make some for the charity... 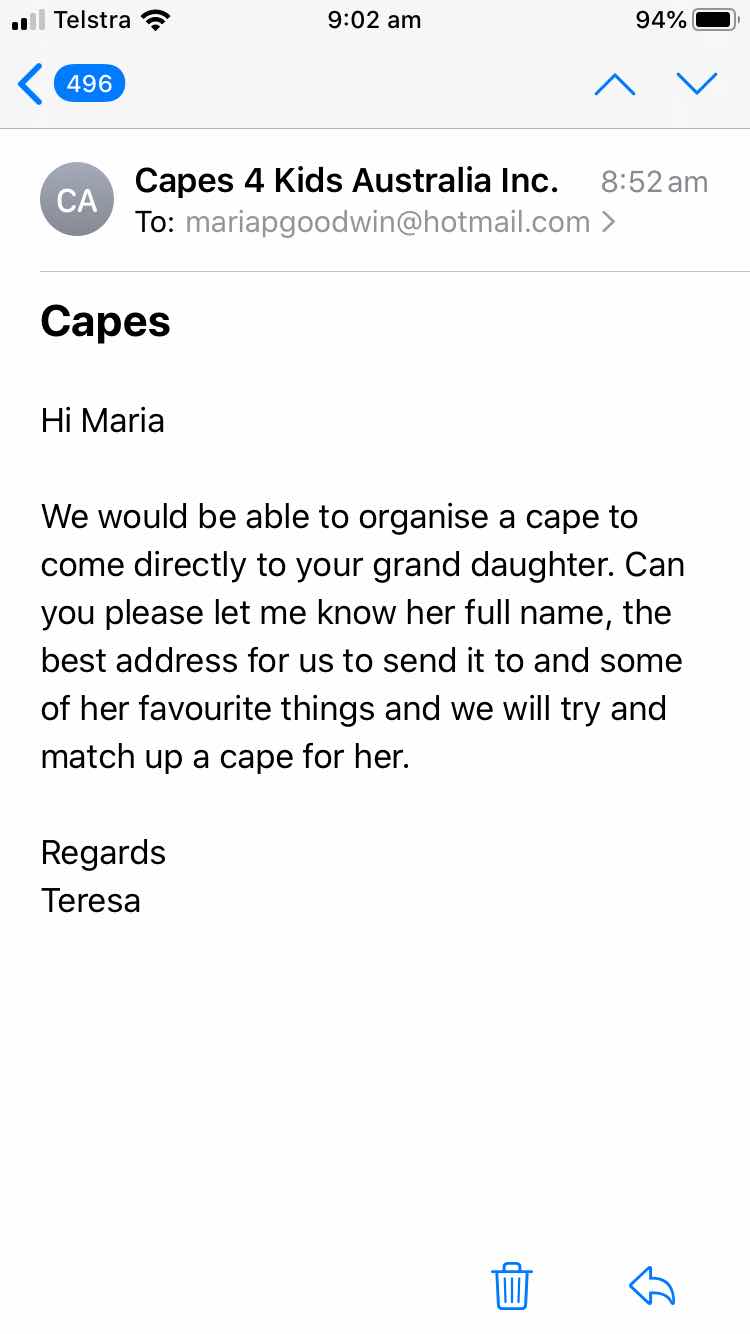 So of course accepted the offer of a cape for Carrie...
As I said, the kindness of others is very humbling and uplifting at the same time.
This has become my favourite photo. Carrie has been lifted from the bed, along with all the tubes and lines and placed on her mum in the armchair. Those cuddles are just so special. 💕💕 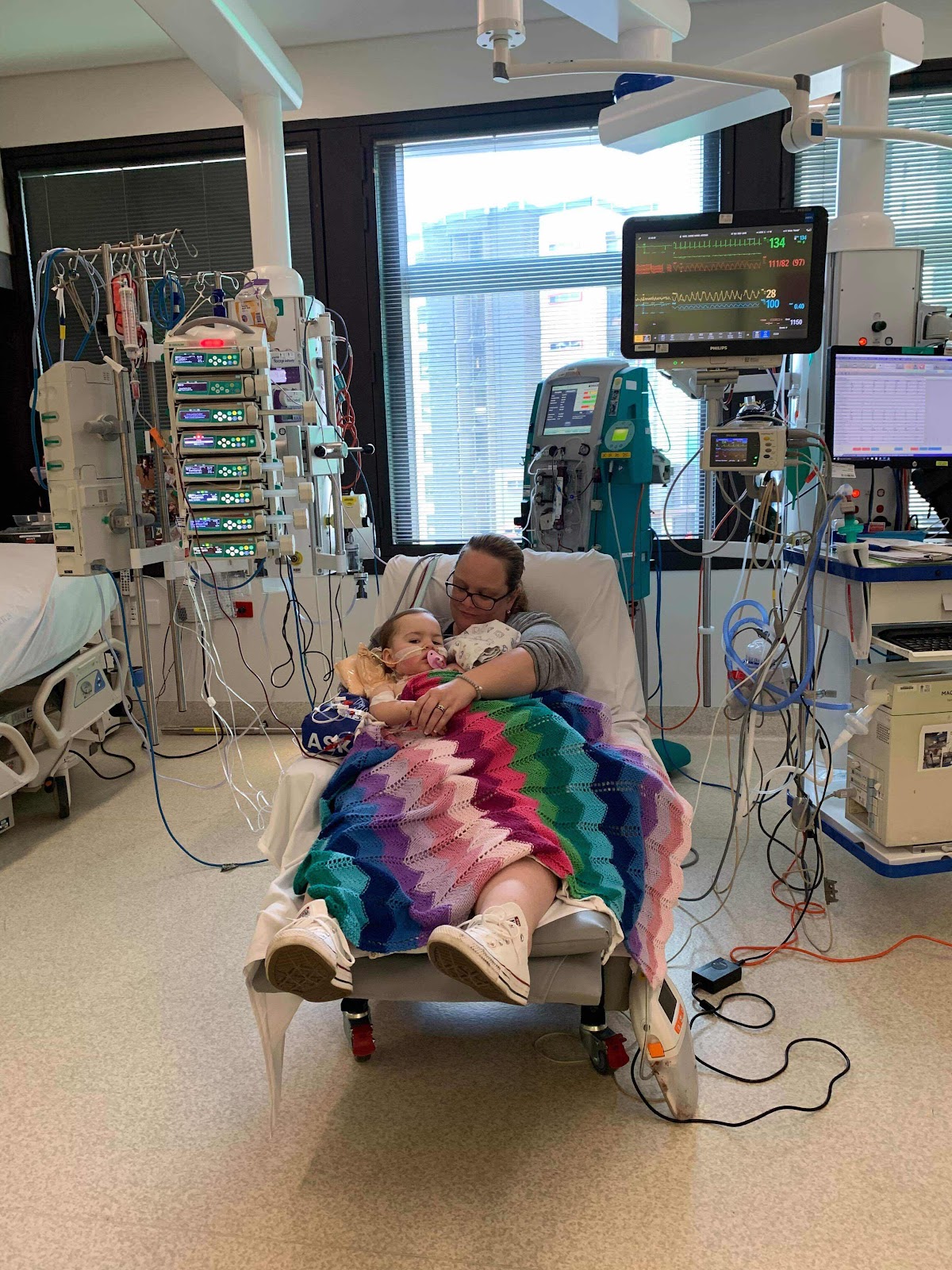