That's me! I've written hardly any blog posts for a while. And that's mostly because of this little person... 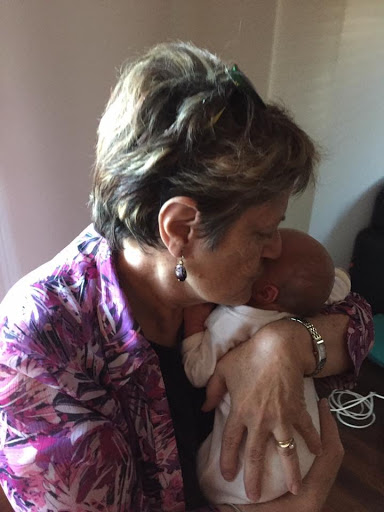 Little Holly arrived after a month's drama on May 13; the day before Mothers Day. It was April 13 when the drama started. DH and I had arrived in Adelaide and a text from DD2 arrived saying that her latest scan was cause for concern...the baby was very small for 34 weeks and had a very small head. 🙁. I wanted to come straight home but was convinced by the family that there was nothing I could do, so we continued on with our 10 day holiday.
And so began a month of weekly scans and doctor appointments, and the news didn't seem to get any better. A special fetal scan at 37 weeks even hinted at chromosomal abnormalities.
At 37 weeks and a few days, DD2 was admitted to hospital to be induced. The first attempt failed and a second attempt resulted finally on Day 4, with our new little granddaughter, Holly Mae being born. DD2 and bub were discharged from hospital the next day, which 'said to us' that the baby was perfectly healthy and with a very normal sized head! Holly weighed 2.842kg (6.3 lbs) which is small but not impossibly so. 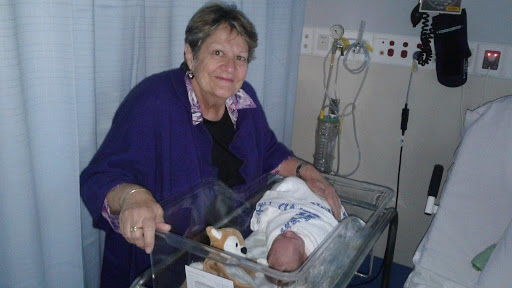 Most days since the birth, I have visited my daughter to help with her adjustment from career woman to new mum...bringing cooked meals as well as sitting with Holly and bringing up her wind or rocking her to sleep, while DD2 snatched some sleep herself. 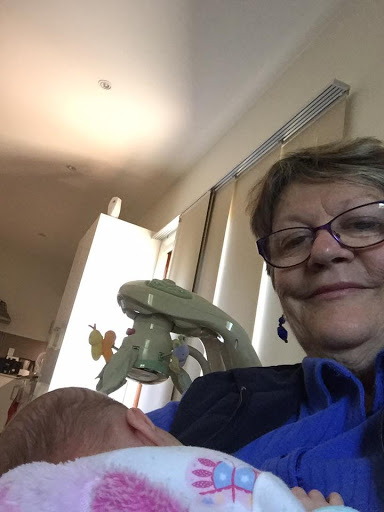 I've also been there to help on the first few outings with Holly. What a pair of cuties! This photo was taken just before Holly and DD2 went out to meet a new friend who shared a hospital room with Jen and whose baby was born the same day as Holly. 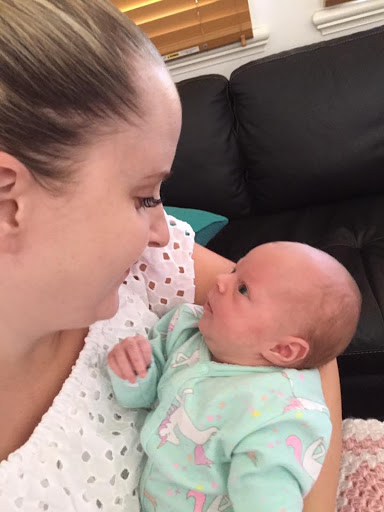 And last Thursday, the Health Visitor came to check Holly's progress. And the little one got a clean bill of health and now weighs 3.6 kg.
Anthea met her cousin at a family dinner to celebrate DH's birthday at the end of May... 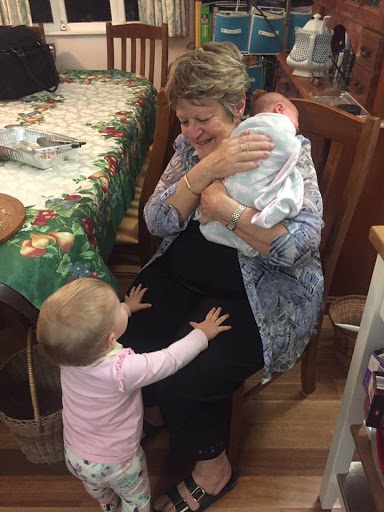 What a privilege it is to spend time with our granddaughters.
Posted by Maria at 2:51 AM 27 comments:

Email ThisBlogThis!Share to TwitterShare to FacebookShare to Pinterest
Labels: family 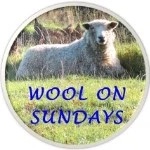 Joining in with Janine over at Rainbow Hare
This month I have a finish...it's been a while in the making, this particular project. Last year DD1 asked me to make a throw for her best friend of many years. It was put aside 3 times when a baby blanket was needed for a gift last December, and earlier this year when I wanted to make gifts for two of my cousins who were battling cancer.

But at last it is finished...DD1 suggested purples and mauves for the colour scheme and I have rather a lot of those in my stash! 😉 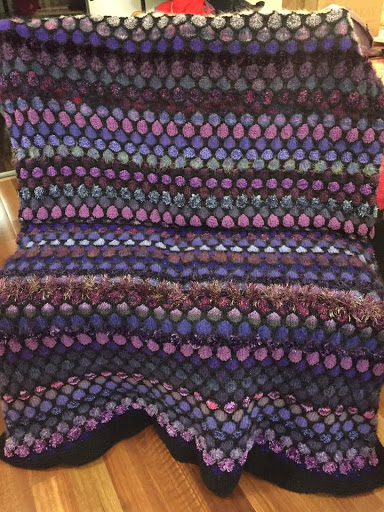 And, today my daughter delivered it to her friend, who posed with her new blanket. 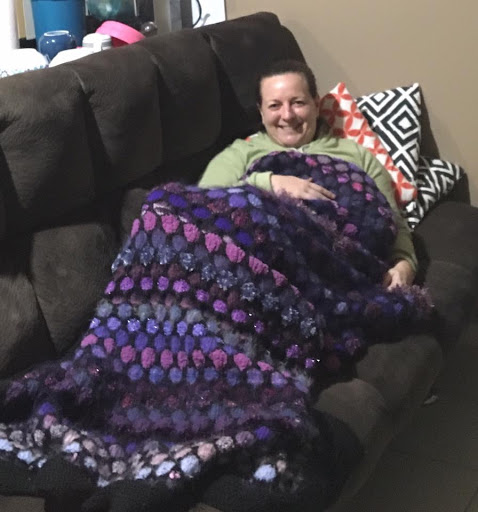 And, after a bit of a break from joining, I'm back to making blankets for the needy out of donated crocheted squares... 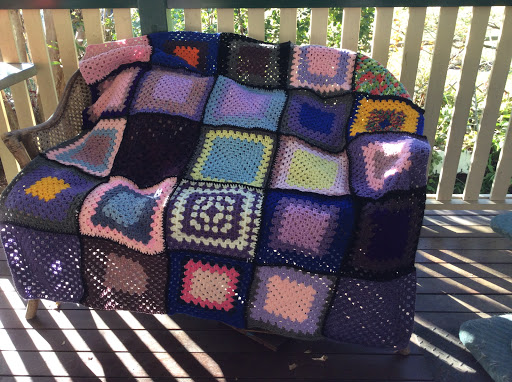 And I'm also joining knitted squares into lovely warm blankets.  I vary the way I join...the last lot of knitted squares I sewed together but this time I'm crocheting them...just for a change 😊 I've used other joining colours but find the darker yarns and black especially, always look so effective. 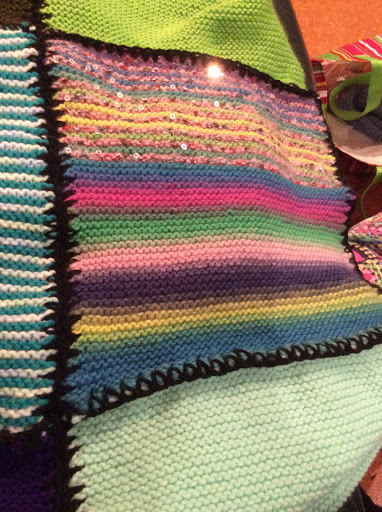 By next month's Wool on Sunday, I hope to have some new projects on the go.
Posted by Maria at 3:12 AM 12 comments: