I noticed that Janine from the Rainbow Hare blog had just written a post for Wool on Sunday. As it’s been ages since I wrote any blog post, I thought I’d make an effort to remedy that situation. I have been pondering on the fact that I don’t seem to have done much in the knitting and crocheting situation this year, but I looked through photos on my iPad and found that perhaps I’d been a bit harsh with myself.
Early in the pandemic, I did some Christmas knitting...I made some knitted decorations. The photo is masked with a call out as some of the recipients of these read my blog. 😉 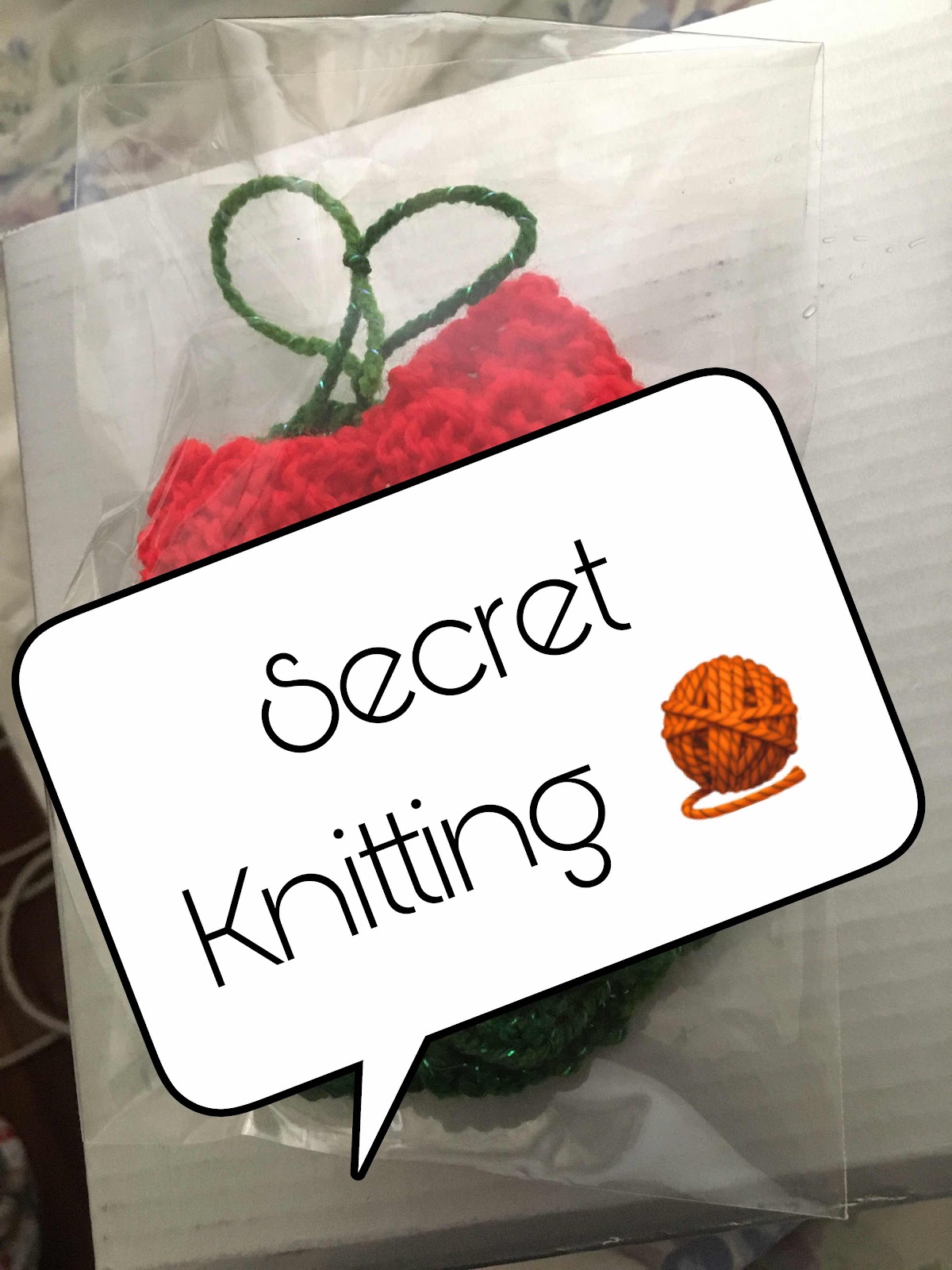 Because of the increased demand for warm items for the needy in the community, for many months I focused on joining donated squares into blankets for distribution. To this end, I also crocheted the most granny squares, I’ve done in many a year...with that ultimate goal of providing yet another blanket or two for Knitting for Brisbane’s Needy to distribute.
In the next photo, I have sewn some donated circles on donated squares. The circles were a bit wonky and squaring them up would  have also made a square that was a bit open. 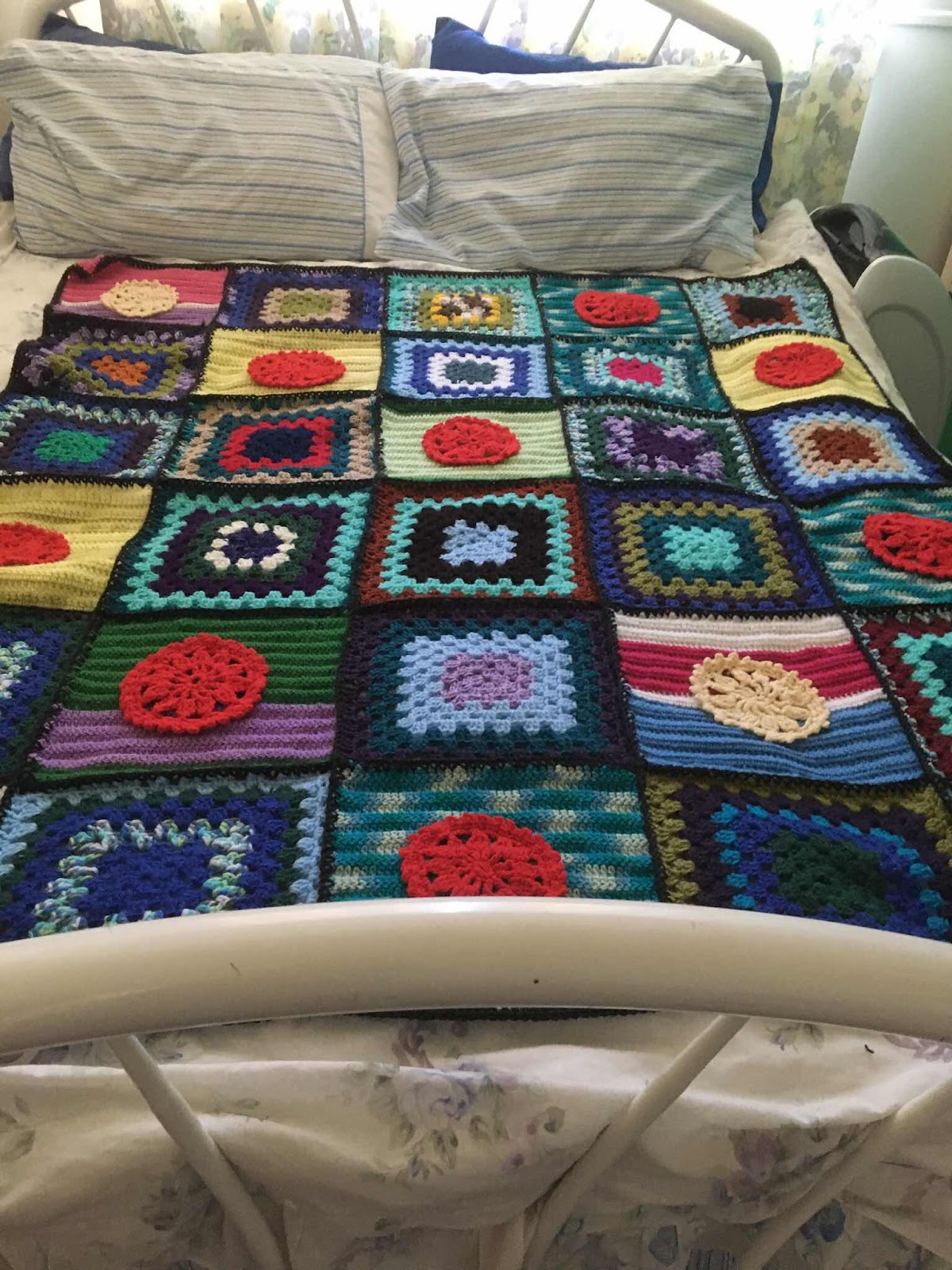 Some more of the blankets I put together for K4BN; I used bright colors, that’s for sure! 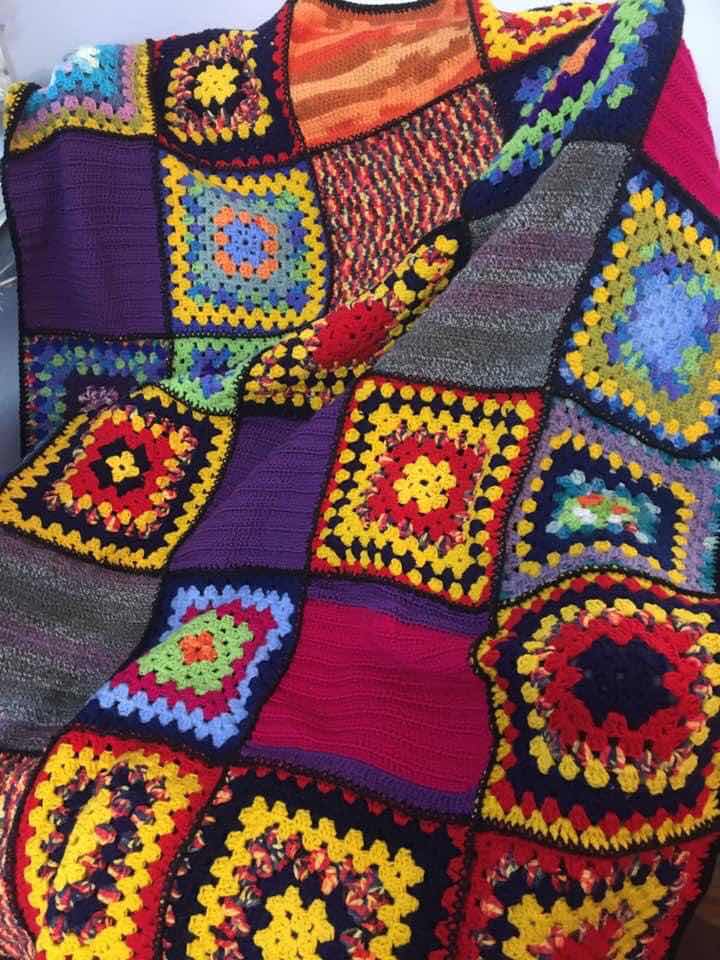 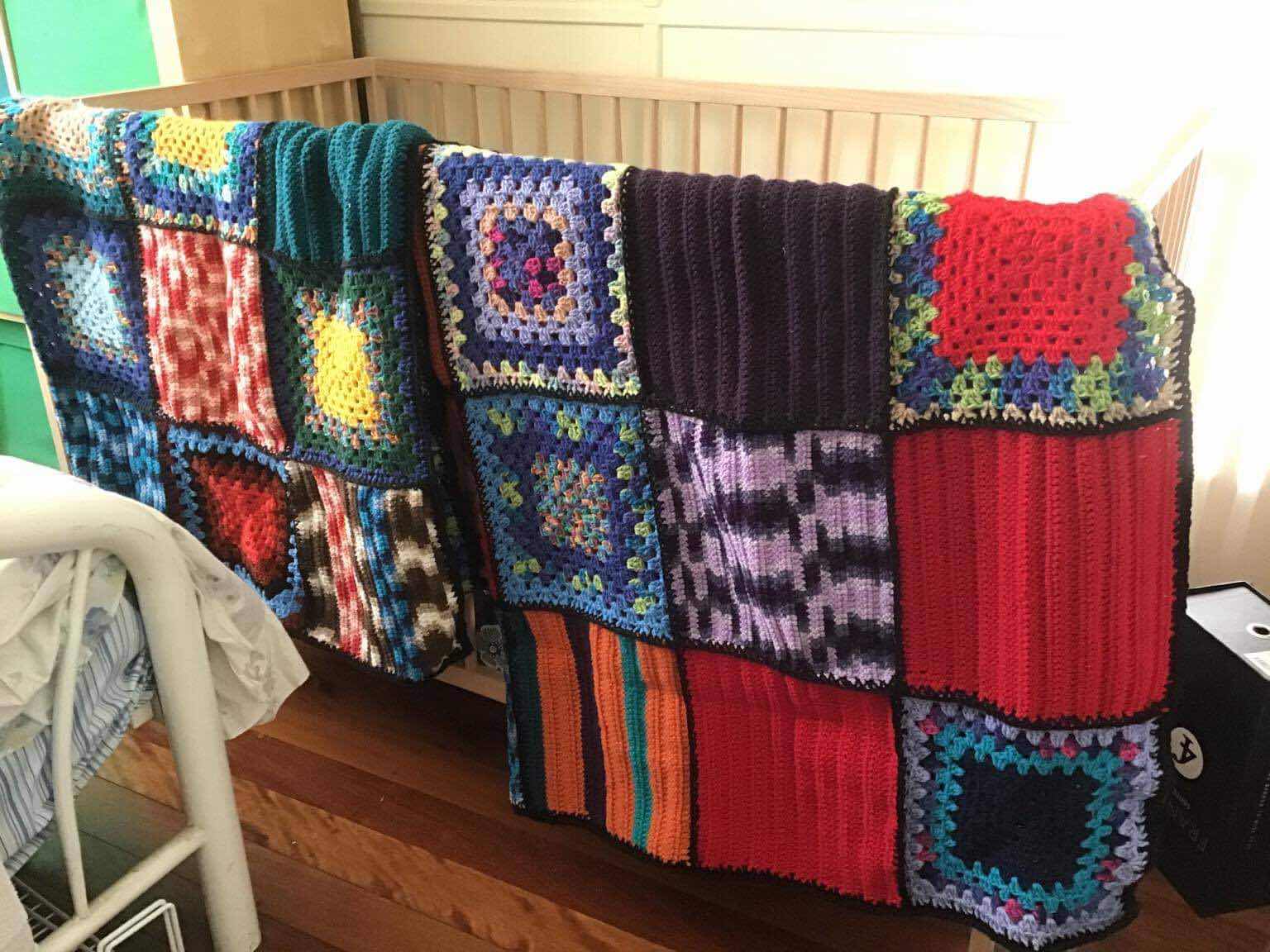 I think that my tally for blankets was 11...but it could have been more.
At one stage I started a baby blanket using oddments of yarn. The plan was to make it to donate to K4BN, but a week or so after I started I found out that my nephew and his wife who live in Sydney, had had a new baby daughter about 6 weeks before. ( my brother thought I knew so didn’t bother to tell me...hmmm 😜)  So the newly started blanket suddenly became baby Zali’s gift and I quickly finished it ready for posting. 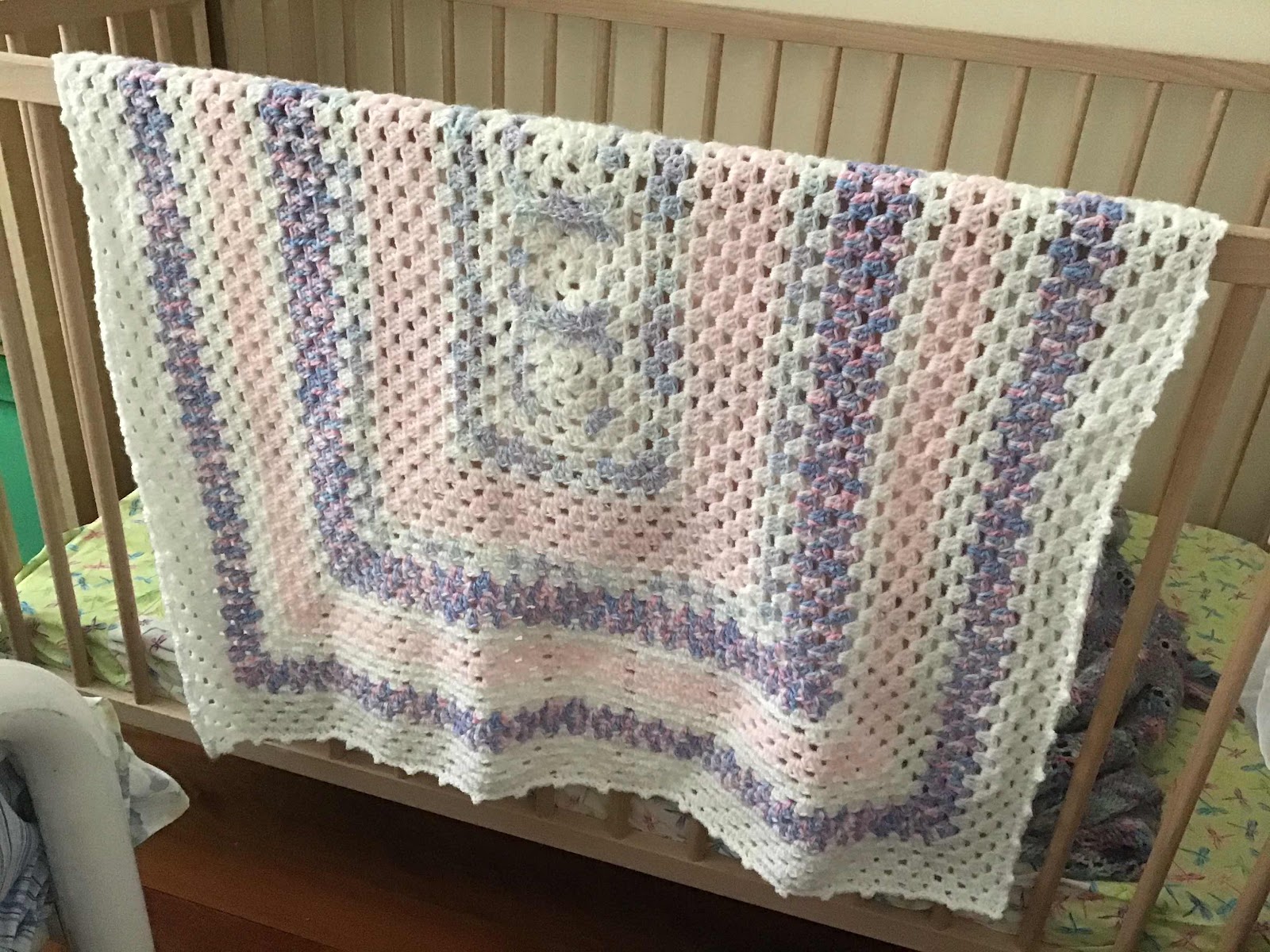 And then there was the throw that I knitted for our parish art and craft show, which this year was all online. DH warned me that it probably wouldn’t sell as being a photo in an online catalogue isn’t the same as seeing such an item in ‘real life’, but I wanted to feel as though I was contributing to our parish’s main yearly fundraiser. And it didn’t sell which meant I could take it to Sunday Stitchers that month as my Show and Tell. And of course, I have a throw available to give away if the need arises. At Sunday Stitchers, the lovely Helen took this  next photo of me holding up the throw. 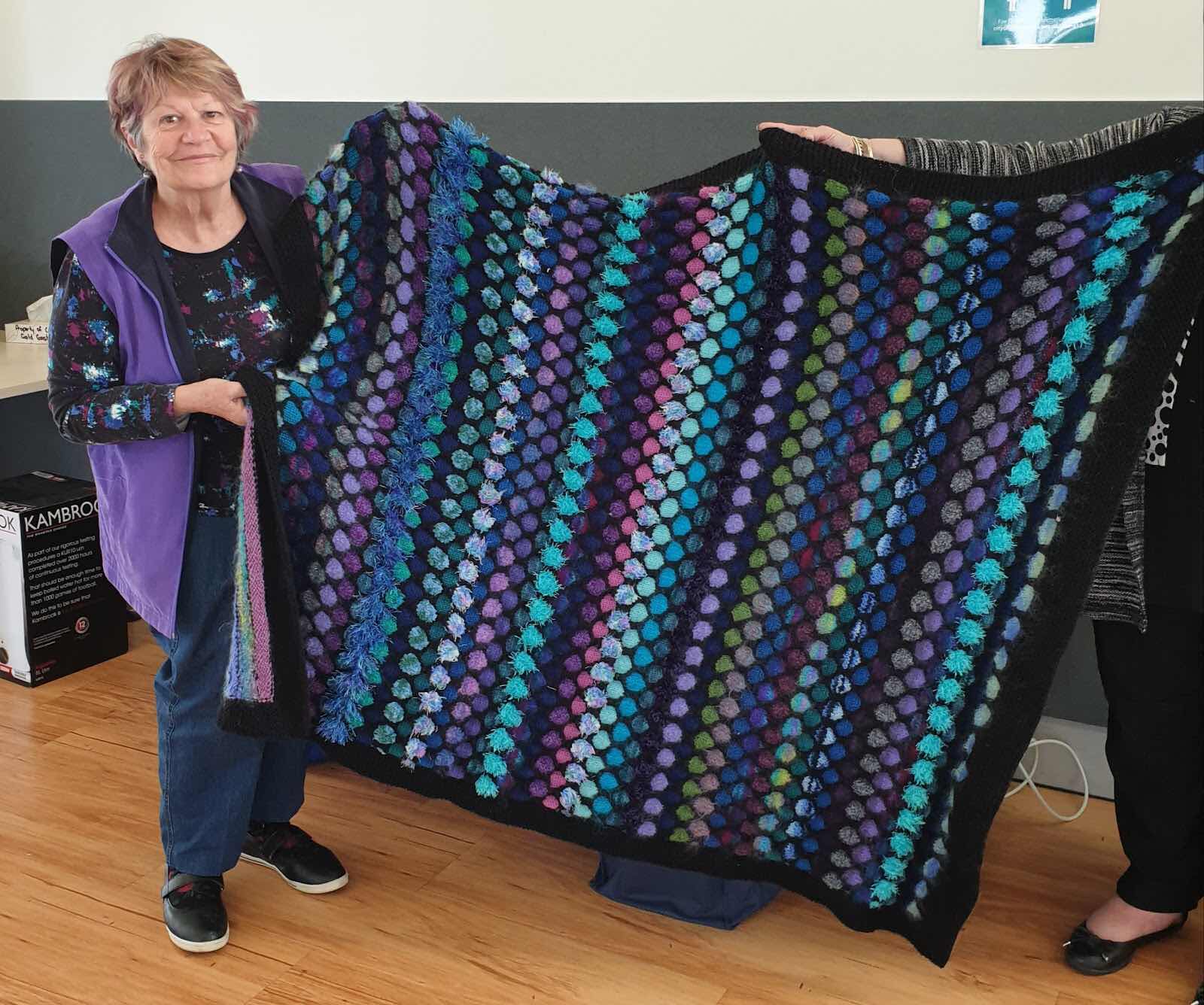 With the restrictions on meetings due to COVID-19, our regular Knit and Natters were discontinued for a time. Eventually a very, very small number of venues were reopened with strict protocols in place and with very restricted numbers. But at one Knit and Natter, we started bringing a chair and having an alfresco Knit and Natter beside the car park of the library venue. ( With the social distancing regulations, only 4 of us could meet IN the library...so that would NOT have worked!) 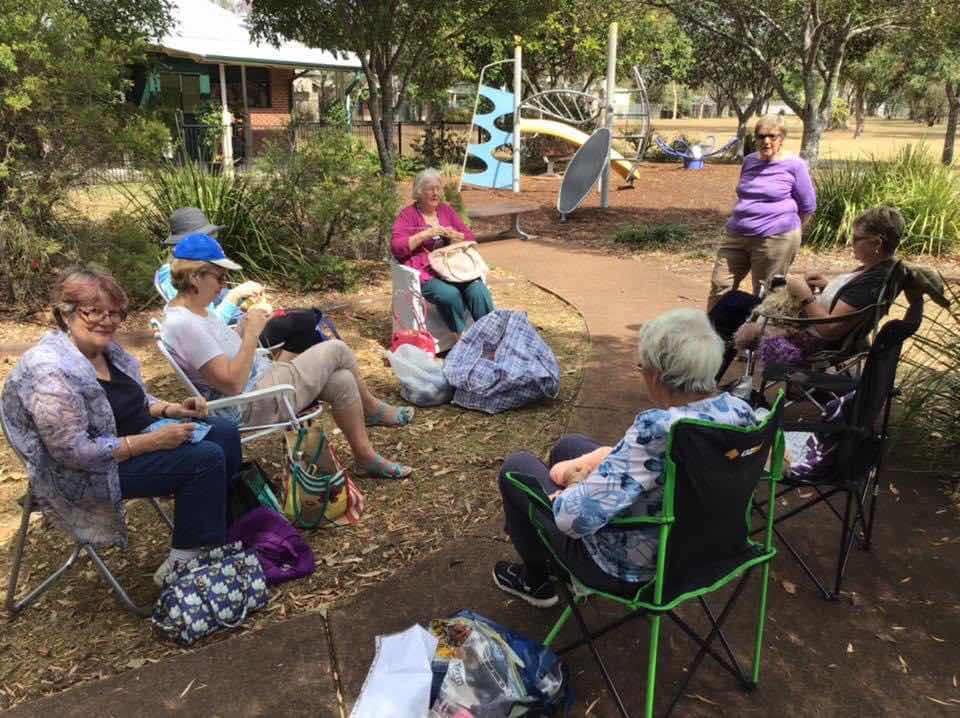 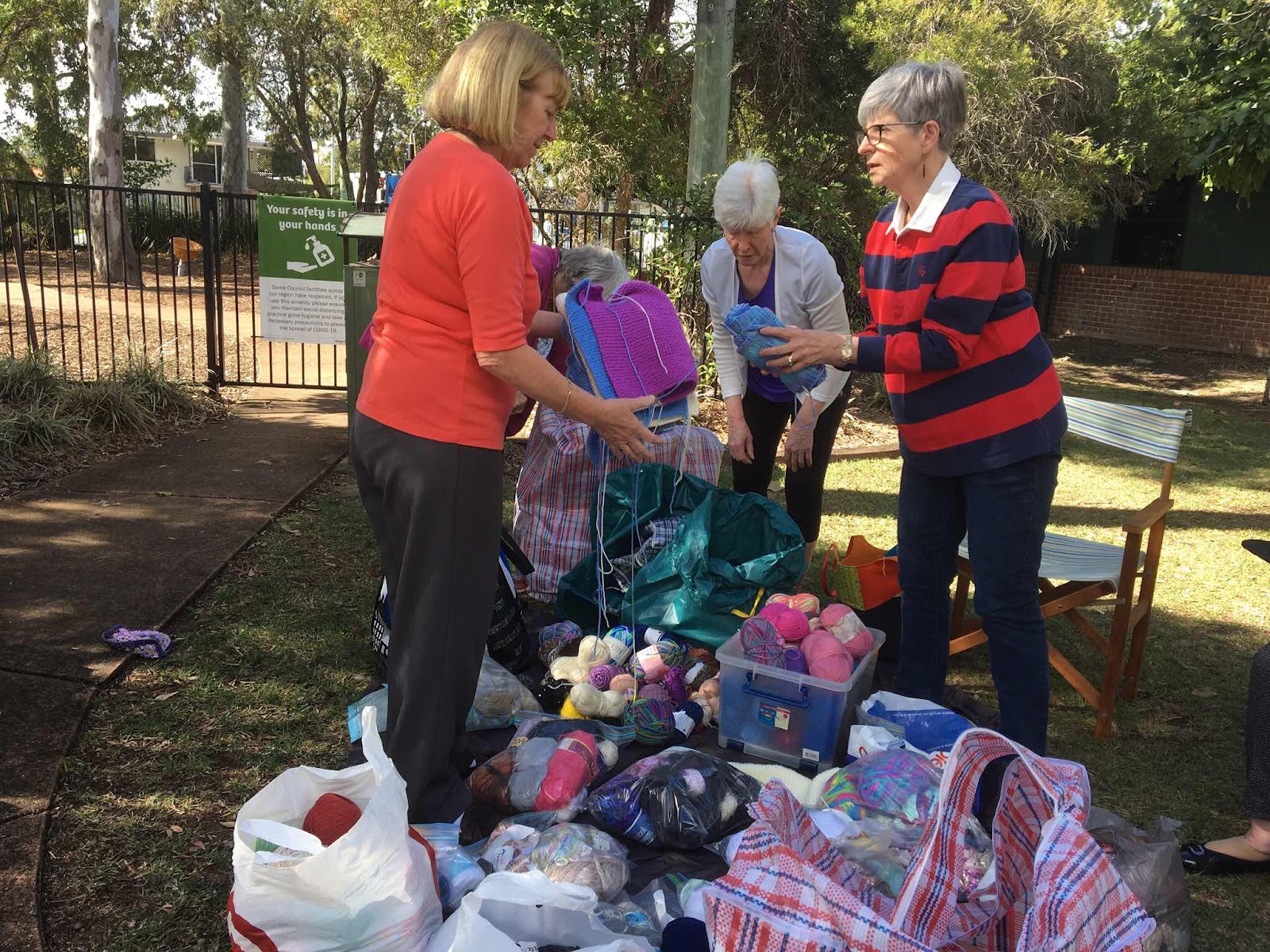 And in these strange times I decided to use as my knitting bag, a bag I bought from the merchandise counter at The Addams Family Musical. It seemed appropriate 😉😜 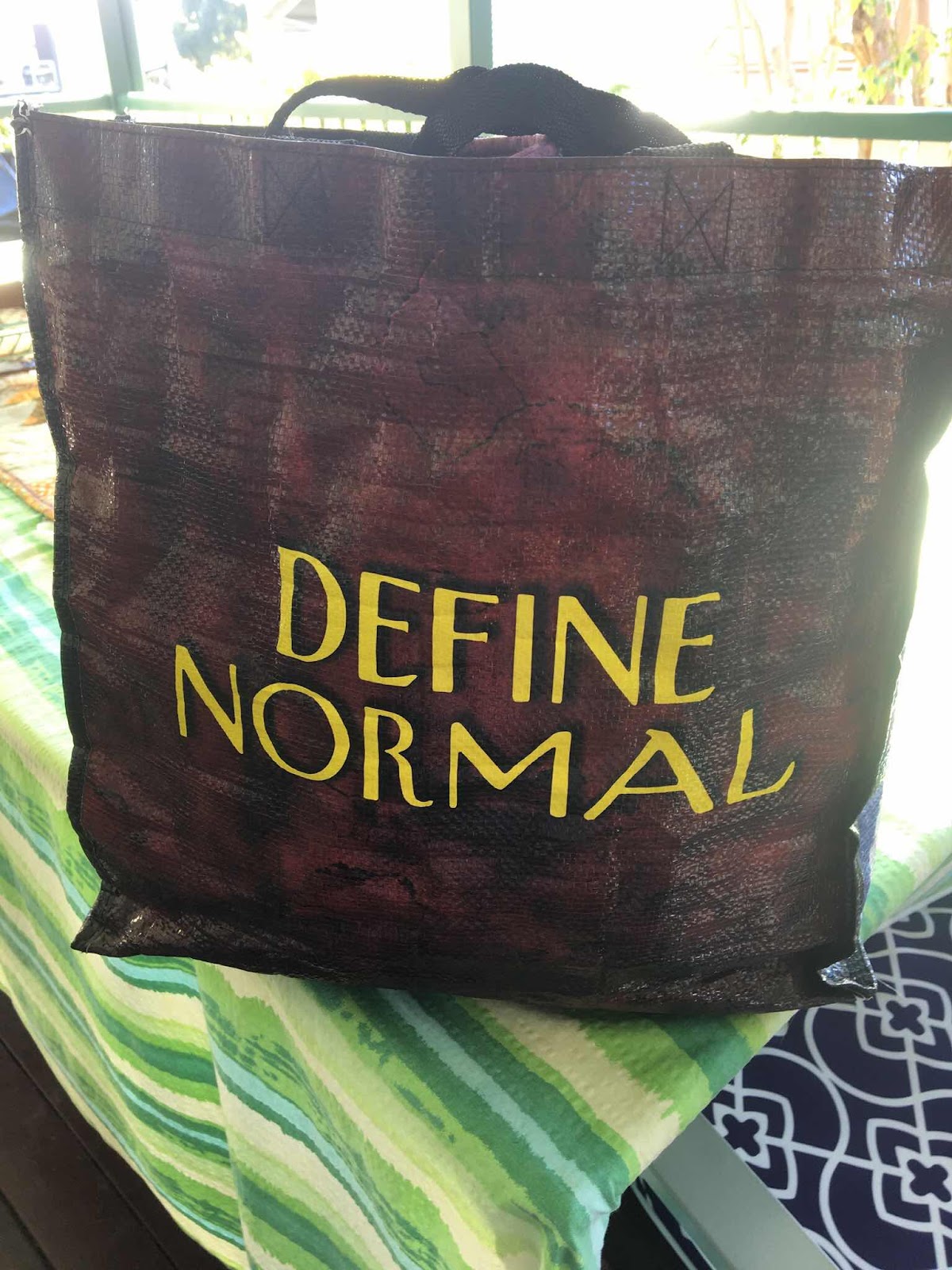 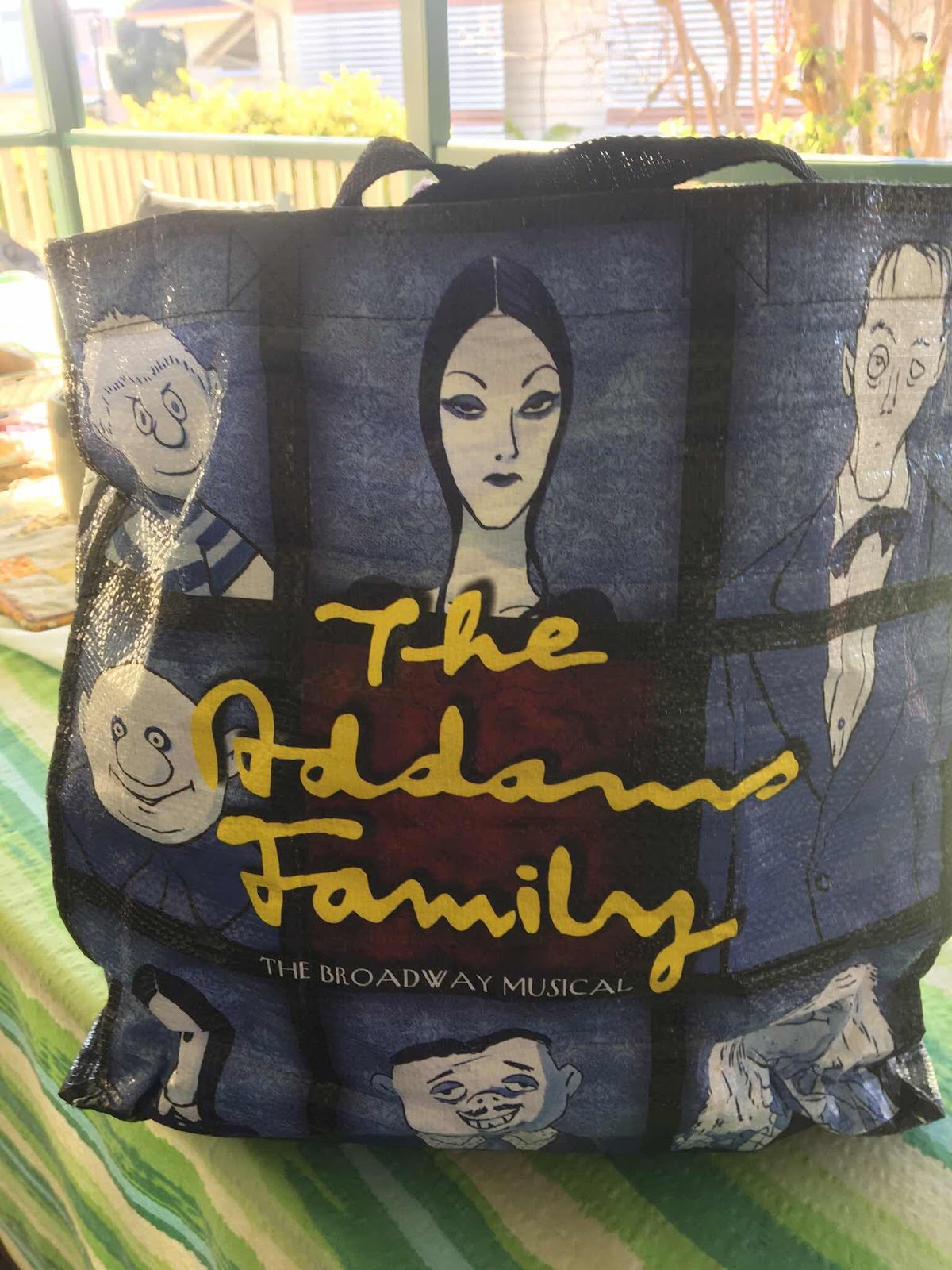