Last Thursday night DH and I were lucky enough to attend a Book Talk at a local library. The author was William McInnes, who as well as being a successful author, is also a well known Australian actor. Although he lives and works interstate, William has a soft spot for Queensland as he grew up in Redcliffe.
The evening started with drinks and savouries in the foyer of the library. Then we moved to the meeting room which was set up with chairs and a lectern. It's the same meeting room where Sisters of Stitch meet each fortnight.
We managed to get a seat near the front and to one side near the door... 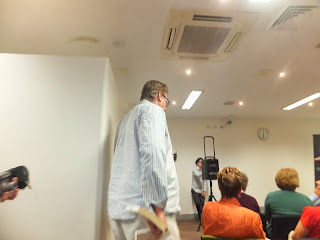 Here he is being introduced to the audience... 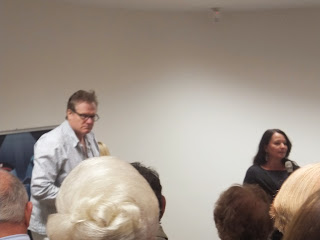 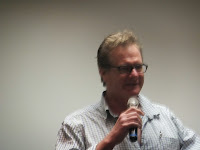 As soon as he took over the microphone, he enthralled us with his stories of life when he was a boy; especially his early memories of Chermside and also of Redcliffe.  He told us funny anecdotes about his parents who sounded like they were 'real characters'.  He talked of the sadness when his parents died and also the all consuming sadness when his wife Sarah died in 2011. 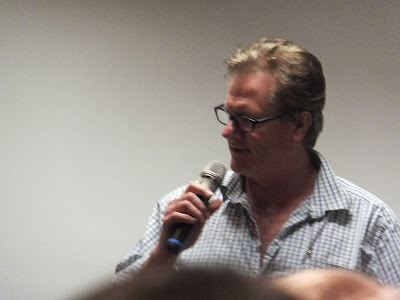 He told us that the new book was the result of his 'trying to make sense' of his wife's passing... 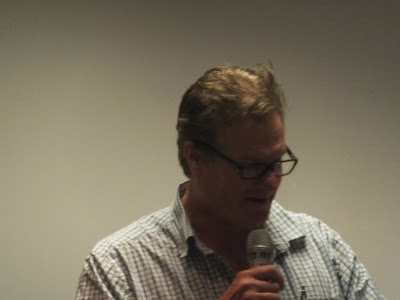 He had us in stitches as he told us what it was like being a single father of a teenage daughter. (he also has a 20 year old son) 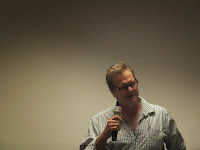 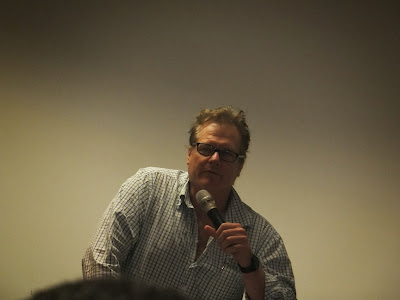 William told us how he came up with the characters in his latest book. Writers really store store little bits of information away ready for a time they can incorporate it into a book. Every now and then he would do an impersonation of people ranging from John Howard to his parents, especially when his mother was fed up with his behaviour in his teenage years. Young william was certainly a larrikin and still is, I suspect! lol 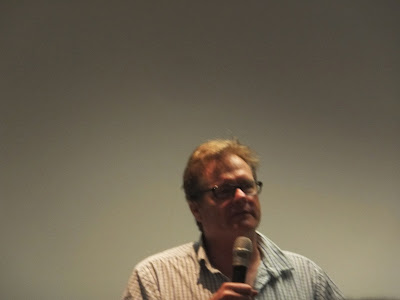 William read some excerpts from the book every now and then but most of the evening was taken up with his telling funny anecdotes, singing ads from the 1960s 1970s word perfectly  or imitating a public figure. 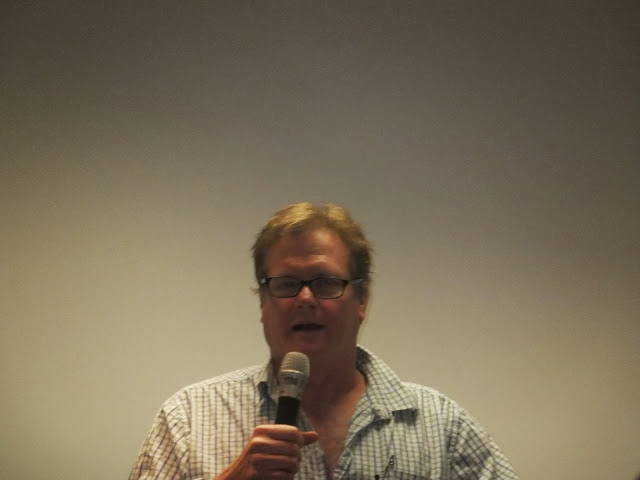 Most author talks are just half an hour; William talked for over a hour! lol 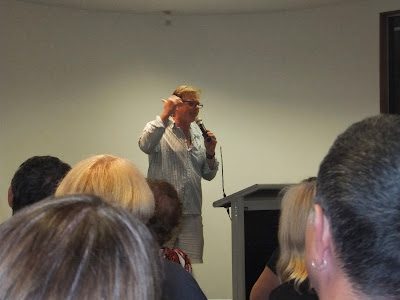 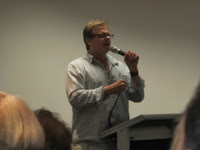 But we did have time for a few questions from the audience...DH tried to ask the question ' Will there be another series of "The Time of our Lives" ' but question time was over.

DH and I usually borrow books for the library, occasionally buy books as gifts and sometimes buy eBooks. But last Thursday, I bought a copy of William's latest book, 'The Bird Watcher'. 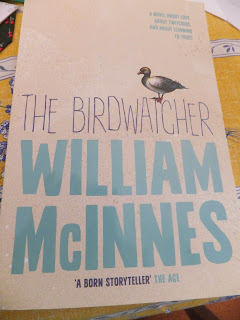 While the book was being signed DH asked his question. And the answer was, 'Yes! Filming of the 2nd series starts in January and William said that he has to lose weight for the role'. lol 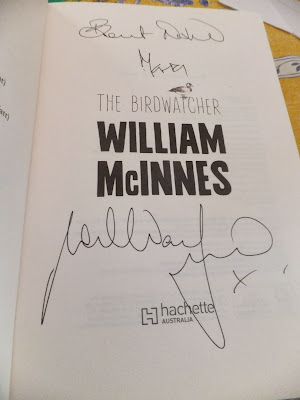 There are lots of photos of William McInnis in this post. That's because I took lots as he's sort of my 'pin up boy'!

What fun Maria, I'd be taking lots of pics too, and I did think he was looking a little plump! I think he's a great actor but I didn't like his character in Time of our Lives until near the end. It's good to know there'll be more.

What a fun evening. I didn't know his wife has passed away, a strong man to talk about that. Enjoy the book.

Sounds like a good night Maria. I wasn't aware that his wife had passed either, I knew she had cancer. Very sad. He does seem like a 'larger than life' character, and it would have been interesting hearing him speak. cheers Wendy

Lucky you Maria I do hope he comes to a library in Melbournes eastern suburbs to promote the book - I'll be there if he does.
Have you see the ABC program Austion Room that was on tv recently? Both William and Gordon Brown hosted it - replays weeknights at 6.30pm.
Cathy

Lucky you Maria. He seems like such an interesting fellow. I always liked him when he was acting. Hugs....

I've read all his books Maria and I think he's a wonderful author. I especially love his autobiographies as he gives us an insight into his childhood. Wonderful passages as he describes his parents down-to-earth (but quirky) approach to life.
Enjoy the book.