Once again I’m linking in with Rainbow Hare’s monthly feature, Wool on Sunday.

This month Janine wrote about a particular project which had caused a bit of angst and then as the project was progressing well, it started to become obvious that the pretty pink yarn would run out 🤨 https://rainbowhare.com/2019/03/03/wool-on-sundays-160-an-abrupt-halt/

Originally I meant to write this particular post about something that had happened in early December, in the January post, but completely forgot and wrote about something different. 😆

So... in early December I got a message from DsD1 which featured a photo. 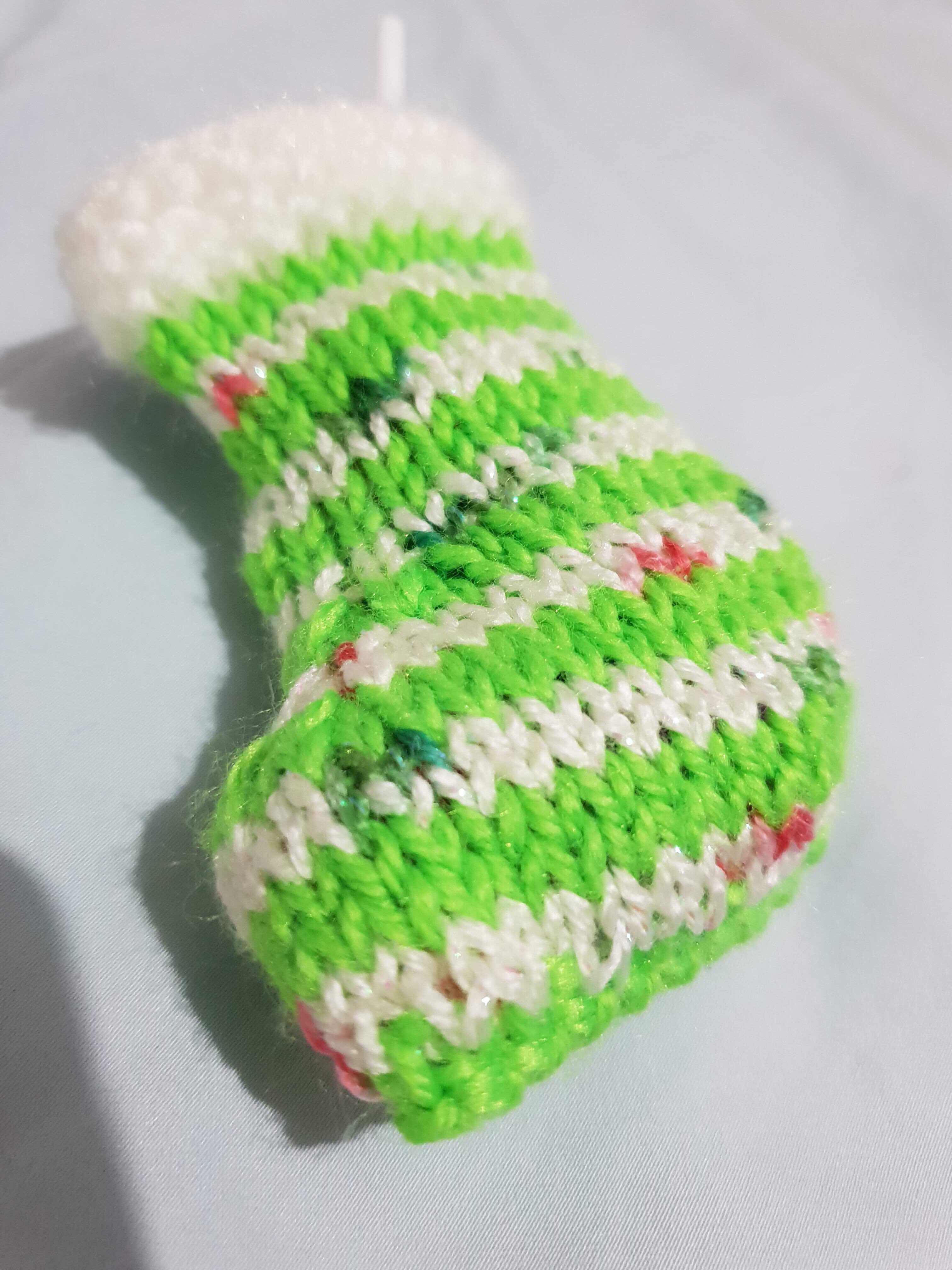 The photo showed a mini Christmas stocking and regular readers would remember how each year the knitting charity group that I belong to, make and fill such stockings for distribution to the needy in the community.
DsD1 explained that our granddaughter Abby was given the stocking at a school concert and it was indeed one of the K4BN stockings. 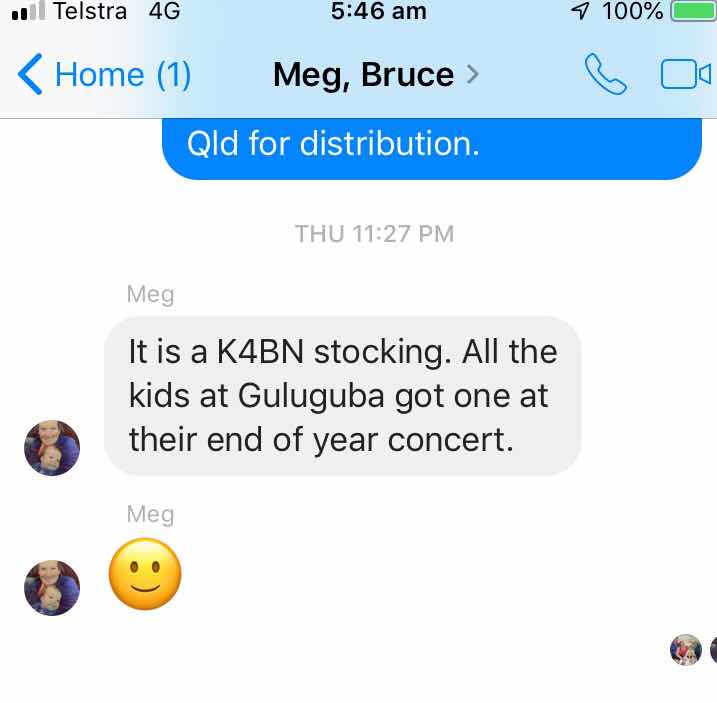 Now Guluguba is a small locality near the town of Wandoan and is a long way from Brisbane. 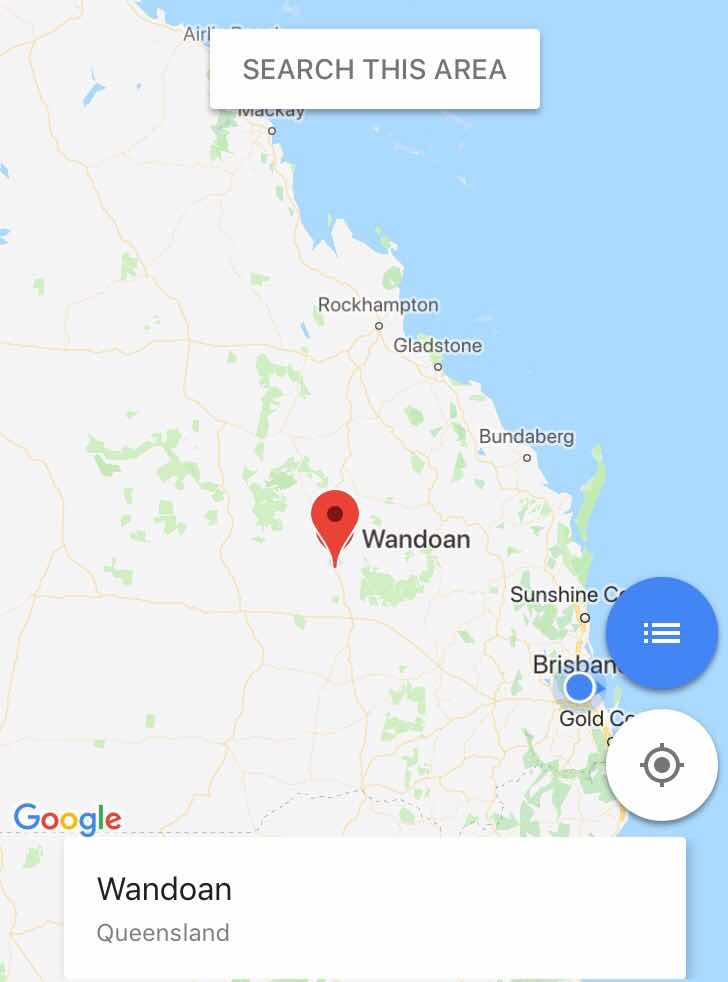 So I set out to find out how K4BN stockings got out that far.
My search took me to a K4BN member Rita. Last year Rita set herself a personal challenge to Knit 1000 mini stockings...and she did. I was to find out that Rita had indeed made and filled the little stocking that Abby received. 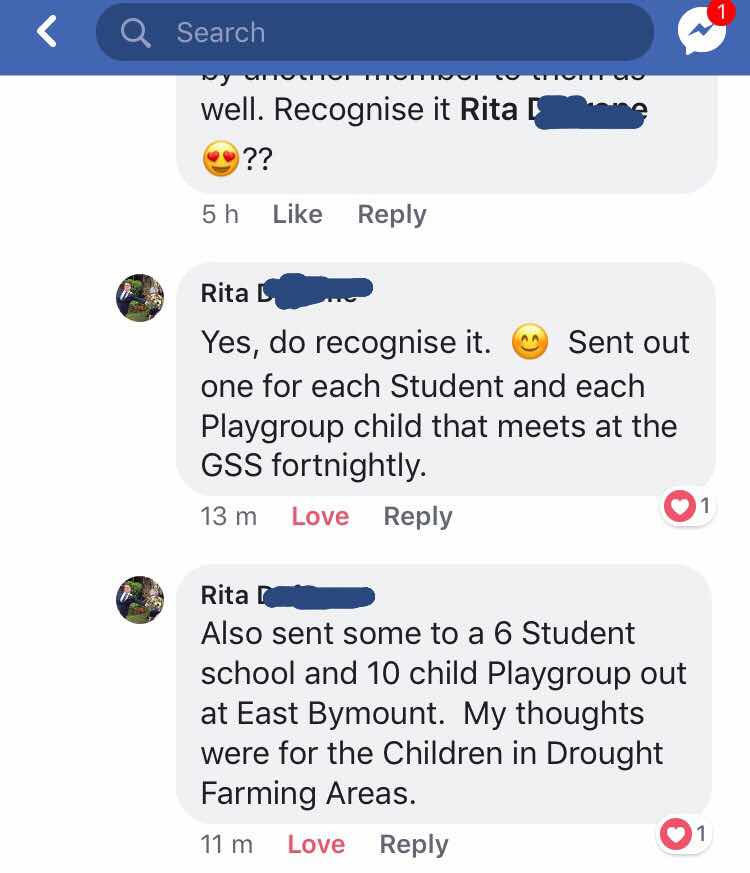 Rita wanted the children in one of the many drought affected areas of this country to receive her stockings. Apparently her family comes from the area and she still has family there. 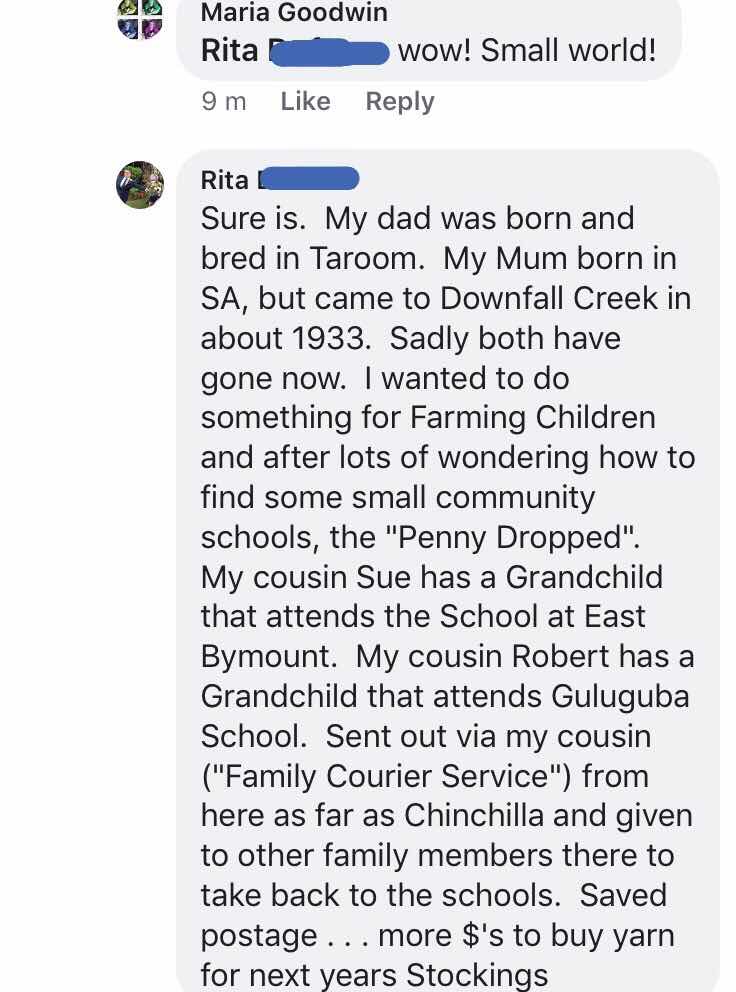 The ‘Family Courier Service’ that Rita mentioned as to how she sent filled stockings out to the area for distribution referred to family  members who travelled out there for a wedding. Then I discovered that DsD1 and Dan had gone to the same family wedding...Dan’s cousin had married Rita’s cousin's daughter!! Definitely a small world 😉😊
And I believe this generous lady is once again knitting mini stockings for K4BN.